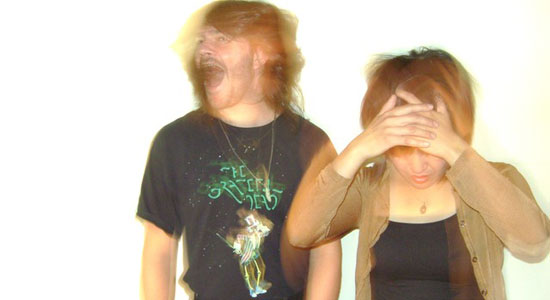 With the arrival of September and autumn fast approaching, we can’t help but hear Joni Mitchell singing “I’d like to call back summertime and have her stay for just another month or so” in our heads. We can hope, and take solace in the aptly titled Eternal Summers. The warm months will indeed last forever in the hazy feminine vocals and beachy guitar riffs on debut album Silver, which will be released on September 28 via Kanine Records. The Virginia duo will hit the road for a tour later this month, including dates with Jenny And Johnny, who happen to be this week’s MAGNET guest-editors. Check out the mix tape Eternal Summers’ Nicole Yun and Daniel Cundiff made below.

Smashing Pumpkins “Cherub Rock”
Nicole: Probably one of the best lead tracks for an album ever! Those opening drum rolls really build your excitement for what’s to come. It also has a ridiculously wank-tastic guitar solo that actually makes the song better, not worse! Video

Black Flag “Wasted”
Daniel: This song has all the archetypal punk elements. I have been listening to a lot of early Black Flag lately, pre-Rollins. “I was a hippie/I was a burnout.” What’s punk anyways? Video

New Order “Temptation”
Nicole: Both uplifting and sad, dance-y and gorgeous. I love how they keep introducing more interesting vocal lines when you think the song would be over. Subtle. Understated. Transcendent! Video

Galaxie 500 “Crazy”
Daniel: One of my favorite groups. Probably one of the most simple and effective bands for me. This song is pretty fast for them. Damon Krukowski is a major influence on me in the drumming world. Audio

Camp Lo “Luchini”
Nicole: One of my all time faves! Horn-driven hip hop! Jazzy delivery on the vocals. And even their womanizing is discreet and respectful. I wish people were still making music like this. Video

Som Imaginario “S Bado”
Daniel: My friend Ryan from Family Trees made me a CD of this band. I fell in love with the sweet psychedelics and dreamy vocals. They are from Rio de Janeiro and formed in the ’70s. The song builds to great heights and beauty. Repetition in music! Video

Girls At Our Best “Fast Boyfriends”
Nicole: Amazing on so many levels! It’s totally comedic new wave and so British! I always fall for girl vocals with a choir of guy backup vocals. It just sounds totally unexpected! Video

Tommy James And The Shondells “Crimson And Clover”
Nicole: Untouchable. No one should be allowed to cover this song because it would be a mockery! “Crimson And Clover” hits the right balance of sweet yet edgy, soulful yet simple. You believe every word Tommy sings, and it makes you want to lay in a field of wild flowers with your true love. Video

Sonic Youth “Expressway To Yr Skull”
Daniel: Neil Young said this song was magnificent and beautiful. I agree. Sonic Youth toured with Neil in the early ’90s. I would have loved to have been able to witness both bands in that time period. This is a classic! Video