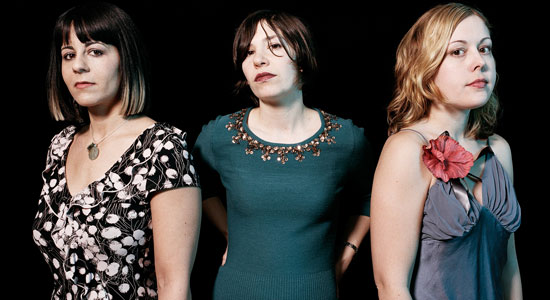 Really, I like most of the names of the bands included here. Actually, I like half. Yacht and Sleater-Kinney are fine names. Grum and Nujax both give me reservations—Grum, in particular. I know I’d been glossing over while reviewing things, as I thought, “This music probably sounds gross.” In fact, when I finally heard the Toto-sampling “Through The Night,” it didn’t sound gross at all. It sounded nice. And then I saw the video—and had mixed feelings again. Not because it’s sort of homoerotic, but just because the whole J.D. Samson/”Sabotage” video/Reno 911! combination seems sort of dubious. But, like I said, the song is nice. (And the other folks here … Gossip are also well-named, but since they used to be the the Gossip, I had to double-check this while writing. But, that’s not much of a complaint. And, actually, while I’m thinking about it: Grum’s video might actually be a decent fit for Gossip’s track here. Just a thought.)

In the mean time, here are your uptempo jams for the gym.

2 replies on “A Workout Playlist: Bands Whose Names I Don’t Like”

Wow… a workout playlist from a Marie Claire DJ…. awesome!! Looking forward to your inaugural “Hot or Not” list from the editors of Cosmopolitan and GQ. Hopefully the Ween boys and Frank Blank will reside on the “Not” side of said list.