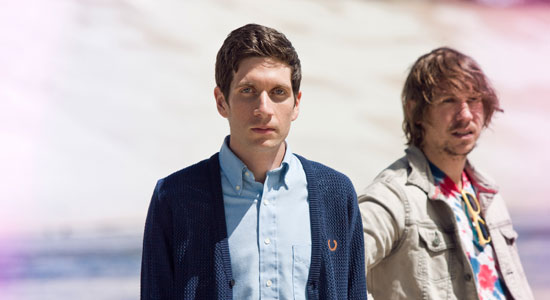 There’s been a rash of angular, wild guitar tracks coming out this past year. I’ve been trying to think of a touchstone—a track or band that might put all of this into context—but I’ve come up short. On one hand, there are songs like the title track of Abe Vigoda’s Crush, which is fairly ordinarily structured, albeit brisk and almost mean-sounding. On the other, there are tracks like Marnie Stern’s “For Ash.” I just got around to watching David Lynch’s Inland Empire this week, and that’s probably a better point of reference than whatever I was mulling earlier. Namely, both her new single and the film share a gauzy, dark feel, with sharp punctuation throughout. And in closing, I included Women’s “Eyesore.” It’s only fast for half the song. So, you may want to use it as a warm-up or cool-down track. But the chiming, Television-esque guitar work makes it a thematic match with the rest of the bunch.