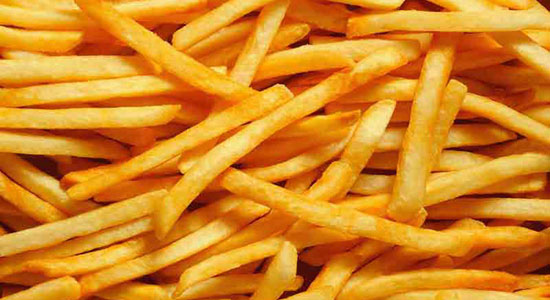 Numan: I’m told that I am close to being a medical marvel. Apparently, living on toast and french fries since the day I was born (more or less) is not entirely healthy. Oh dear. It seems that I was either born with a quite remarkable metabolism that was able to get what it needed from a diet of nonsense or that it has adapted itself to do so. Lucky old me. However, those days are now over, and what I eat is no longer working the miracles it used to. I have been to see a nutritionist, who has given me much to think about, and I have started to take a variety of “supplements” which, amongst other things, have turned my wee into a most beautiful lime green colour. Going to the toilet is now a very colourful and entertaining affair, so for that I should be grateful. But I am also told that I have to change the bulk of what I eat. So, out go carbs and in comes protein. These words, when they came out of the nutritionists mouth, were just a noise to me but, when I started to match noise with food, I was horrified. No bread and butter? How’s a man to survive?

I may have mentioned before that I am not a religious man but, if I’m wrong about God and all that, how cruel is it to make all the really nice foods bad for you? It seems to me that that’s just plain spiteful. “We are what we eat,” I was told. It does make sense in a kind of sad and defeatist way I suppose and so I am trying to modify my habits of a life time. In fact I’m doing quite well but how faulty is our design that we crave for things that do us nothing but harm? I really want to eat stuff that will, apparently, make me fat, lethargic, dim witted, in urgent need of sudden afternoon naps, ruin my concentration and generally ruin me for the rest of my life. Nature at it’s complicated best. Why are we so crap and yet remain at the top of the food chain? I’ve never seen a fat tiger or one with lime green wee for that matter.

Gary. Loving the posts this week. So true man.

You would be ideal on a show like ‘Grumpy Old Men’ here in the UK or even doing a Jeremy Clarkson style newspaper column as you are a witty and charmingly funny man.

If it makes you feel any better when I see you live on stage your energy in the way you thrash yourself around puts a 25 year old man like myself completely to shame.

Gary, I’ve really enjoyed your stint as guest editor. You’ve been funny, thoughtful and honest.
As someone said above, please do a blog. Or do this guest editor thing again and again.

I also just saw you in NYC last week. You look great and I wish I was as agile and energetic as you are, and I’ve been a health nut for years.