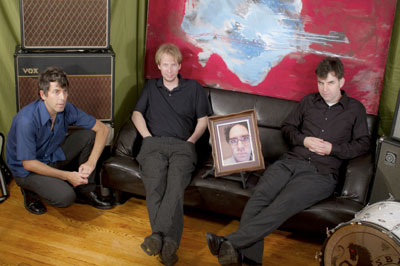 Impossible Hair hails from Baltimore and Washington, D.C., and the quartet will self-release sophomore album Toast A Dozen (On The Outside) on November 2. With its 15 songs clocking in at just more than half an hour, Toast A Dozen recalls the smart, pop-leaning indie rock of the late ’80s and early ’90s. The band recorded the LP to analog tape with Justin Pizzoferrato (Dinosaur Jr, Sonic Youth) in its basement. Look for Impossible Hair playing live dates in Baltimore, D.C. and North Carolina later this month, but in the mean time, download album opener “You Can Own” below.