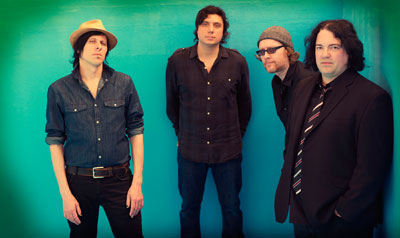 With a delicate band name befitting a group of 19th-century Romantic poets and a harmony-driven sound that channeled the British Invasion 25 years earlier, the Seattle-based Posies were a clear change of musical direction from the flannel-flying sturm und drang of the days when grunge ruled the roost. The final verdict on whether they should be tarred with the brush of power pop may not be rendered until all parties are resting peacefully in “a fine and private place.” But the backbone of the Posies, Jon Auer and Ken Stringfellow, caring little for such matters, are back on the scene, creating new music as thrilling as ever. The band just released Blood/Candy (Rykodisc) and is kicking off a North American co-headlining tour with Brendan Benson on November 5 in Milwaukee. Download album track “The Glitter Prize” below.