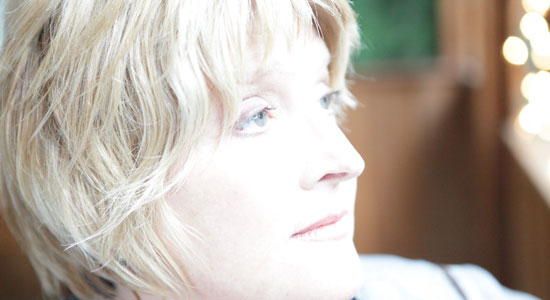 Kim Richey spent the initial portion of her 15-year career chafing at various stylistic restraints, some self-imposed, others foisted upon her by others. Through the second half of the ’90s, the itinerant daughter of a Dayton, Ohio, record-store owner sampled and discarded various guises: new-country misfit (1995’s Nashville-friendly self-titled debut), Lucinda Williams in waiting (1997’s calculated Americana stab Bittersweet) and top-40 hopeful (1999’s super-slick Glimmer). And while those albums had at least two things in common—great songwriting and a soulful, not-in-the-least-bit-showy vocal approach—it wasn’t until more recently that Richey locked into a groove all her own. That in mind, Wreck Your Wheels (Thirty Tigers), her sixth and latest release, finds the artist reveling in a friction-free comfort zone somewhere along the well-read, emotionally honest folk/pop continuum. Richey will be guest-editing magnetmagazine.com all week.

MAGNET: You share the same hometown as Guided By Voices’ Robert Pollard. Any fun stories to share?
Richey: Sorry, I’ve never met the guy. I left Dayton a pretty long time ago.

So you’re currently dividing your time between the U.K. and Nashville.
Well, I have a storage unit in Nashville. All of my stuff is there, except for the stuff I lent to a friend of mine: Mando Saenz, the guy I wrote “Wreck Your Wheels” with. It’s funny, because I walked into his new apartment the other day, there was all my stuff—right down to the toaster. It was some like kind of weird dream. When I’m in town, I stay with friends; then I have a place I rent in London. I’m pretty fortunate to have a life and friends in both places.

You initially got caught up in the Music City songwriting machinery back in the mid-’90s. What was that like?
When you’re writing songs for other people, they can’t be too personal. Lyrically, it had to be clear. I liked that it taught you to say what you wanted to say in the least amount of words. All those older, really great country songs paint really great pictures with just a few words. For the most part, I’ve tried to write songs that I would sing; I don’t try to make up stories, come up with characters or anything like that.

Where do you stand on the current young crop of decidedly un-country talent congregating in Nashville these days?
I’m just not that connected to it anymore. Once I started making my own records and touring, I just kind of lost track of it.

Moving on to Wreck Your Wheels: You worked with quite a list of collaborators this time around: Mark Olson, Will Kimbrough, Pat McLaughlin, Boo Hewerdine. When it comes to songwriting, do you prefer to write with others?
I’d prefer to have someone I write with all the time. I’m not really good with the willy-nilly co-writes, where you’re just supposed to come up with a song in a day with someone you’ve never met before. But every once in a while, you get lucky.

Like with Olson?
Yeah. His manager called and said he was coming to town and wanted to do some songwriting. I had some music, and he just started spouting out words. We’d just sort of collect them and change them around. I’ve written two or three songs with him.

Just “In The Years To Come” made the new album.
Yeah, but I’d like to record the others.  If I had to pick a favorite on Wreck Your Wheels, it would be “Leaving 49,” which is co-credited to Beth Rowley.

What’s the scoop on Rowley?
She’s a British artist my publisher fixed me up with to write for her next record, and that was one of the songs we came up with. She didn’t record it, but I really liked it. I still write with Beth; she’s a really great singer.

It has a distinct Roy Orbison flavor to it. Was that intended?
It’s never intentional; I never approach things with much intent.

What does “Leaving 49” refer to?
Wouldn’t you rather not know?

I had I feeling you’d say that. Does it have to do with approaching you’re 50th birthday?
A lot of people think that, and I wouldn’t want to take that way from them. But I would have to say that I have definitely left 49. [Laughs]

With your last three albums, you sound so relaxed in your own skin—as if you’ve figured out where you belong.
At first, I tried to fit into the country thing; I loved the community in Nashville and wanted to be a part of that. But it wasn’t where my personal history was. When I thought of country music, I always thought of the Dead and the Eagles—and I love Jackson Browne and Joni Mitchell.

And I heard you picked Hugh Padgham to produce Glimmer because you dug his work on XTC’s English Settlement. What was it like working with him?
I love all the background vocals and harmony parts on that album. It was really hard at first doing that record because they were serious session guys. When we first started, there was trouble getting the studio set up, and I remember flipping out because we were there for days without recording anything. We were paying like a gazillion dollars and everyone’s sitting in the lounge watching TV. And all this food is being brought in, and I’m going, “Do we really need these bagels?” I couldn’t sleep I was so upset. But once we got going, it was fun.

Do you worry about becoming too content with your lot in life? After all, self-satisfaction doesn’t always lend itself to sustained creative inspiration.
I don’t think I’m in danger of things being too good, but I’m glad that a possibly project that. It is easy to write songs when you’re sad. It’s a comfort. Those songs are easier to write. But I wouldn’t go messing up my life so I have something to write about.

One reply on “Q&A With Kim Richey”

A lovely person and a committed and bold artist, Kim Richey just seems to improve with every passing year