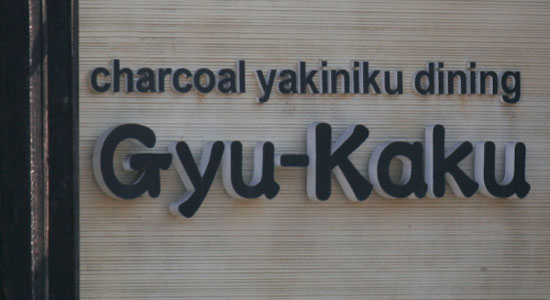 Bleu: Gyu-Kaku is Japanese BBQ dining. I live minutes away from the Beverly Hills location. (It’s actually a chain with locations in California, Chicago, New York and Hawaii.) I could technically walk there, but we don’t do that in L.A. My friends and I go at least once a week. The one near me has happy hour from noon to 6:30 p.m. and then again from 8:30 p.m. ’til close. So basically, it’s happy hour all but two hours that they’re open: $1 beers (in L.A.?!?!), $5 large sake. I don’t eat meat, but they have filet mignon and a ton of other stuff for $5. It’s freaking insane. There’s a grill in the middle of the table and you cook your own food. It rules.

One reply on “What Kinda Man Bleu Is: Gyu-Kaku”

Hey Bleu, thanks! Sent this to my sister in Pasadena.