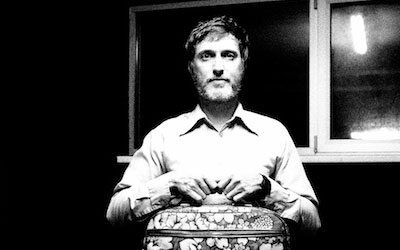 Once upon a time, a long, long time ago, there was Chokebore. And let’s just say if you spent any time in the MAGNET offices circa 1993, you would be very familiar with Chokebore. (Those of you who didn’t can catch up here.) Anyway, Troy Von Balthazar fronted Chokebore, whose biggest commercial claim to fame was that Kurt Cobain handpicked the band to open for Nirvana. Since those days, Von Balthazar has pursued a solo career, releasing a self-titled solo album in 2005, some of which was written on Leonard Cohen’s guitar while Von Balthazar lived with the legendary singer/songwriter. Now he’s back with his second solo LP, How To Live On Nothing (Third Side). Download album track “Dots And Hearts” below.