It’s no real surprise that the Chapin Sisters—Abigail and Lily—ended up playing music professionally. They come from a impressive family of musicians, including their father (Grammy-winning singer/songwriter Tom Chapin), uncle (late singer/songwriter Harry “Cat’s In The Cradle” Chapin) and grandfather (late jazz drummer Jim Chapin). In 2008, Abigail and Lily, along with half-sister Jessica Craven (daughter of horror director Wes Craven), released their debut, Lake Bottom LP, which came on the heels of the success the trio garnered with their cover of Britney Spears’ “Toxic.” Late last year, Craven left the band to care for her newborn daughter, so Abigail and Lily continued on as a duo, touring this summer as members of She & Him and, more importantly, recording their second Chapin Sisters album. Two (Lake Bottom) was cut at a family farm in New Jersey by Abigail and Lily with co-producers Jesse Lee (Gang Gang Dance) and Louie Stephens (Rooney), and it adds layers of electric guitars, keyboards, percussion and more to the duo’s patented acoustic, vocal-harmony-driven sound. The duo is currently in the middle of a U.S. tour supporting Two. The Chapin Sisters will also be guest editing magnetmagazine.com all week. Read our Q&A with them. 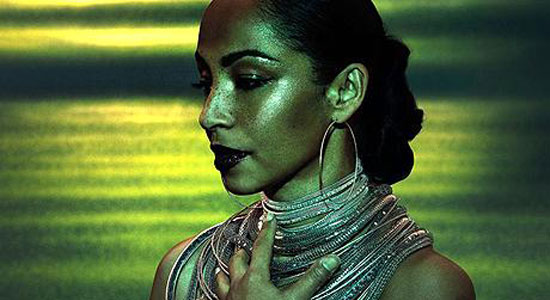 Abigail: Sade has spent 30 years making sultry, sexy, beautiful music and has used the same band on all of her chart-topping albums. Her songs are smooth and groovy, but so sad, too. She’s a queen! Smooth operator at 51 years old.