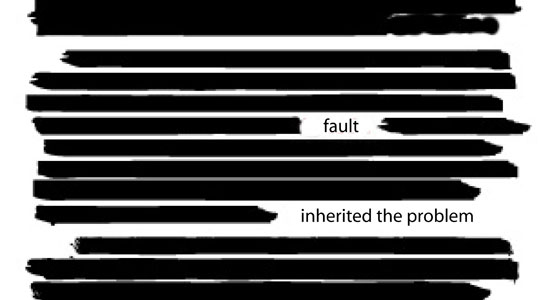 Moon: I always loved the original Spin’s “guest editor” issues and particularly the editor’s notes where some rock star would rattle off outrageous new editorial policies. Since they’re calling this a “guest editor” stint, I can’t pass up the opportunity. Warning: I’m only semi-joking about this.

To: MAGNET Contributors and Staff
From: Moon
Subject: Re: New Policy on Reviews

These days, so much of the music we review comes to us in digital form, typically via streaming websites, but also, occasionally, as a download. As you know, this changes the encounter significantly. I would argue that it’s very difficult to appraise a record on the basis of one pass through the mp3 files while sitting in front of (or near) a computer. The audio, compromised already because of digital compression, pretty much sucks unless you have a super high-end system. Some streaming sites, like those used by Warner Bros., actually put a limit on how many times an individual can audition a record. (Five play limit on a Flaming Lips record? Really? I’m slow. I like it when a record sneaks up on me. It usually takes me at least five spins to discern what galaxy Wayne Coyne is calling from.)
You already know how horrible it is to have to arrive at a considered opinion based solely on the listening you do sitting close to the computer. Let’s be real: What might have happened if, back in the day, Sony sent around a password-protected stream for us to audition something like Bruce Springsteen’s Born To Run? Sure, the hapless reviewer would be able to hear what’s there, but to really immerse in that record don’t you need to experience it in a car? Be en route to someplace, hopefully someplace better? In motion at the very least? Can you fully appreciate it while chained to the desk?

Apparently the labels, big and small alike, feel the stream is an acceptable compromise in the war to control piracy. That’s all good, in the Bob Dylan formulation of the term. But let’s face it, the advance music stream compromises key aspects of the listening experience. I believe it’s long past time to alert our readers about the conditions under which we arrived at our opinions. Beginning with the next issue, we’ll append a snazzy info-box to each review. As with all matters of editorial integrity, this new “full disclosure” feature depends on the honesty of our contributors. We trust you. But if our stream-monitoring software finds that you’ve inflated the number of plays of any given work, all appropriate action will be taken. Pay will be docked, and you’ll be forced to sit in the training room and listen to an endless loop of Seth Godin’s “Remedial Blogging Tips” podcast followed by the original soundtrack to the director’s extra-long cut of The Way We Were followed by the full audio from the Snoop Dogg custom GPS turn-by-turn instructions. You get the idea.

The New Full-Disclosure Reviewer Infographic: (Check the box that most closely applies)
• Played once. Deal with it: That’s one time more than 80 percent of reviews in the blogosphere.
• Played once while cleaning out the pencil drawer and watching a YouTube clip titled “Does This Skirt Make My Ass Look Big?”
• Played three times while texting with old friend who makes dramatic cameo appearances in many of my reviews.
• Played constantly until green liquid began oozing from the molded plastic Logitech speakers.
• Played only until 1:33 into track two, when stream was compromised and the music began to glitch out. Sent to Sony’s “Stream Repair Headquarters” and it came back a Toto record. Recalculating!

One reply on “From The Desk Of Tom Moon: Guest Editor Internal Memo”

My favorite was the record co. publicist that sent me a link to stream an album from some little known band, and the stream included a loud, anti-piracy (for a stream?) “beep” every 10 seconds.