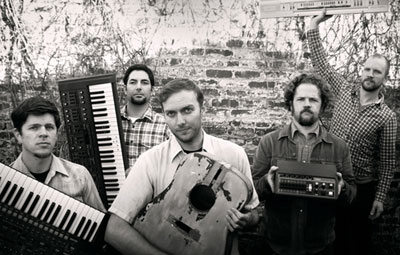 Berkeley, Calif.’s Winter’s Fall is releasing its second album, At All Angles (Velvet Blue Music), on February 15. The 12-track LP is the follow-up to the band’s 2008 self-titled debut, and it marks an enormous step forward for Western/sci-fi fivesome. The Peter Winter Stanley-led outfit spent three years making At All Angles, and the band is hitting the road for a handful of dates in March to support it. We are proud to premiere album track “Anyways” on magnetmagazine.com today.