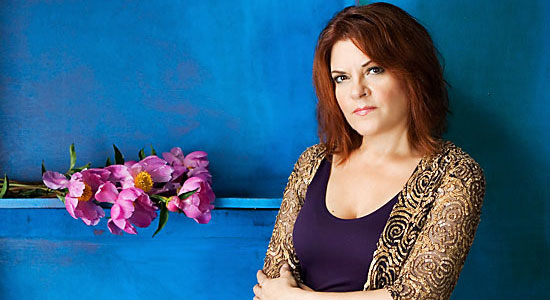 Linford: Karin and I both recently read Rosanne Cash’s new memoir, Composed. We loved it so much, we began giving copies of the book away as gifts. We loved Rosanne for her desire and ability to sift through a complicated childhood, discover the great good she found there and expand on it. For her desire and ability to constructively harness and redirect some of the potent—and potentially damaging—forces of her past. For her desire and ability to see her own life well. (As our friend Michael Wilson, the photographer, says, “That’s the hardest thing: to see your own life.”) And the woman can write. I hope she won’t mind if I share with you a few of our favorite moments/sentences in the book in her own words.

From the introduction to Composed:

I relish the opportunity to write about my life in this book—not to set any record straight, but to extend the poetry, and to find the more subtle melodies and themes in a life … I don’t know why some memories have persisted while others have faded, but I trust tenacity, so those are the memories I have written about. This is not a chronological fact-check … I have abandoned my reliance on the external facts to support an individual truth, and everyone is entitled to his or her own.

Some of Rosanne Cash’s thoughts on performing (and writing) later in the book:

Someone once told me to perform to the six percent of the audience who are poets.

And this curious bit of self-analysis:

Sometimes the need to please an audience rises in me like bile and ruins everything.

T-Bone Burnett, an old friend, once told Joe Henry, “Don’t stop working, just stop worrying,” advice that Joe passed on to me that has since become my mantra. Now, even when I do worry, I keep working. Work, I remind myself, is redemption.

I have never read any music journalist who approached describing the voice of Emmylou Harris as beautifully as Rosanne does in Composed. You can almost feel her writing fall into the realm of song:

In the early days of my career I may have spent too much time around Emmylou. Her voice became a template for me, but it was one I could never hope to replicate or even approach. I did not have the high, lonesome, elegiac tone, the pierce and warble, the crystal beauty, the tears under the snow. My own instrument was darker and roomier, damp and yearning, something more untamed and imperfect.

In Composed, Rosanne profoundly explores the loss of her parents, the complete loss (due to a physical issue) and recovery of her speaking and singing voice, her brain surgery(!) and the joys and dilemmas of being both an artist and a mother of five children. Rosanne reflects on her decision to reject Nashville’s template for fame in favor of the pursuit of an authentic artistry she could live with and call her own. She has the rare ability to be objective and frank regarding her own creative output (sense of humor always well in tact) without descending into unhelpful self-rejection. And Composed offers a gentle and perceptive window into both the rare opportunities a famous parent can provide for a child, along with the array of deep complications that often ensue.

Like her father, Rosanne is a deeply spiritual human being, but here again she has done the personal work to make her journey authentic:

In my childhood, the nuns and priests insisted, sometimes in a shrill and punitive tone, that religion was where God resided and where I might find transcendence. I was afraid they were correct for many years, and that I was the one at fault for not being able to navigate the circuitry of dogma and ritual. For me, it turned out to be a decoy, a mirage framed in sound and fury. Art and music have proven to be more expansive, more forgiving, and more immediately alive. For me, art is a more trustworthy expression of God than religion.

Rosanne generously opens her world as a writer throughout the book and invites our perspective to shift with her own perspective on her songwriting over the years:

As I get older I have found the quality of my attention to be more important, and more rewarding, than the initial inspiration. This maturation in songwriting has proven surprisingly satisfying. Thirty years ago I would have said that the bursts of inspiration, and the ecstatic flood of feeling that came with them, were an emotionally superior experience, preferable to the watchmaker’s concentration required for the detail work of refining, editing, and polishing. But the reverse is proving to be true. Like everything else, given enough time and the long perspective, the opposite of those things that we think define us slowly becomes equally valid and sometimes more potent. I have learned to be steady in my course of love, or fear, or loneliness, rather than impulsive in its wasting.

The above words are true sooner or later of any love affair. It’s obvious that Rosanne loves her life and her calling. She embodies the possibility that the view from farther along the road can be beautiful.