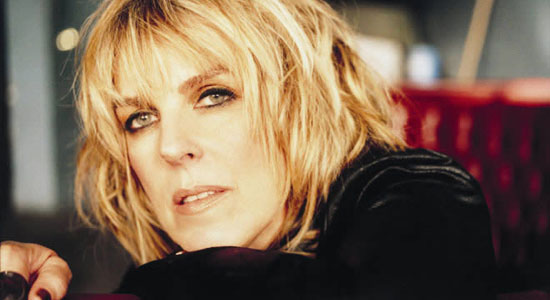 MAGNET’s Mitch Myers files his seventh round of notes from SXSW.

SXSW overload—it happens (to me) every year. After eight days of pursuing all manner of celebrity, entertainment, news, gossip, special screenings, private parties and record-label showcases, I was burnt out from chasing the brass ring, and toxic levels had been achieved. I tried to get excited about watching Yoko Ono do an interview with Austin radio DJ Jody Denberg at the Convention Center, but Mrs. Lennon’s version of the past seemed a bit too sanitized, however sincere and well-intentioned.

That’s when I remembered: South Austin, a perfect hippie antidote to offset the downtown invasion of SXSW freaks and drunken college students on spring break. The music party scene there is reminiscent of what SXSW used to be like in the old days. You don’t need a badge and you don’t need a wristband, which means you aren’t paying money to wait in line and get treated like cattle. You can walk from places like Yard Dog to the Continental Club to Jo’s Coffee and see a number of hardworking artists who helped build SXSW from the bottom up.

After catching some of the Bloodshot Records gang, like Exene Cervenka and the notorious Waco Brothers, at Yard Dog, I strolled down the street to catch Susan Cowsill, then the notorious Hobart Brothers, featuring Cowsill, Jon Dee Graham and Freedy Johnston. I ate boiled crawfish (for free) to my heart’s content in back of the Continental Club, and crossed the street to Jo’s Coffee, where a massive outdoor crowd was enjoying the North Mississippi Allstars and waiting patiently for Alejandro Escovedo and his orchestra.

Rejuvenated and emotionally grounded, I gathered my courage and headed back downtown for the Lost Highway Records 10th Anniversary Concert at the newly built Austin City Limits temple: ACL Live At The Moody Theater. The ACL was freezing cold inside and the show featured much-hyped Americana artists Hayes Carll and Ryan Bingham, road veterans Robert Earl Keen and Dan Tyminski, as well as the absolute queen of them all, Lucinda Williams. Actually, the Lost Highway show was a complete bore except for Williams, who played songs from her new CD, Blessed, and a number of familiar songs from her past recordings. Williams remains an artist true to her craft, and her band was smoking hot, as usual.

So, rule number one at SXSW is wherever you are, that’s where it’s at—but especially in South Austin. ¿Comprende?