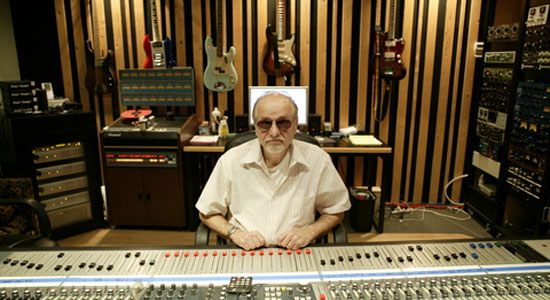 MAGNET’s Mitch Myers files his eighth round of notes from SXSW.

SXSW Saturday started out slow for me, but I managed to get down to the Austin Convention Center for a panel devoted to the life of late pianist Nicky Hopkins. Moderated by writer Dave Marsh, the panel was inspired by Julian Dawson’s new book, And On Piano…Nicky Hopkins, which documents Hopkins’ amazing career playing on prime recordings with the likes of the Beatles, Rolling Stones,Kinks, Who, Jeff Beck Group, Quicksilver Messenger Service and many, many other top-notch musical artists of the ’60s and ’70s.

It is a fascinating résumé, and the Hopkins panel included two world-class pianists, Ian McLagan and Chuck Leavell. The high point came at the end, when Dawson and Leavell performed a moving version of the song “No Expectations.” Leavell, who played with the Stones after Hopkins, brought great sensitivity to the performance and emulated Hopkins’ playing on the original recording to great effect.

With a retro mindset, I followed my muse into the Austin Music Hall to see forgotten Texas rock group Bubble Puppy. Bubble Puppy, who moved from San Antonio to Austin in 1967, can be considered psychedelic peers of Roky Erickson’s 13th Floor Elevators and Billy (ZZ Top) Gibbons’ Moving Sidewalks. The group, reformed for this one performance, opened with an absolutely crazed version of “Beginning,” then played its infamous “hit” tune, “Hot Smoke And Sassafras.” It was killer Texas psychedelia and even featured an extended drum solo. After that, the reconstituted Meat Puppets took the stage to play with Erickson himself. Their very brief set included “You’re Gonna Miss Me” and “Starry Eyes,” but it was over in a flash.

After that, I had just one more mission and trekked across town to catch guitarist Dennis Coffey backed by the Adrian Younge Sound Orchestra. Coffey is an old-school Detroit session man who played guitar on funky Motown tunes like “Psychedelic Shack” by the Temptations. He had his own classic, million-selling instrumental track in 1971 called “Scorpio,” which has been sampled dozens of times since. Coffey also has a solid new album coming out in April, and his funky SXSW performance was totally off the hook, featuring killer versions of Wilson Pickett’s “Don’t Knock My Love” and Funkadelic’s “I Bet You” as well as the inevitable “Scorpio.” It was basically nonstop scorching guitar for about 45 minutes—and the hottest performance that I experienced all week.

And that’s the kind of thing that I personally like about going to SXSW.