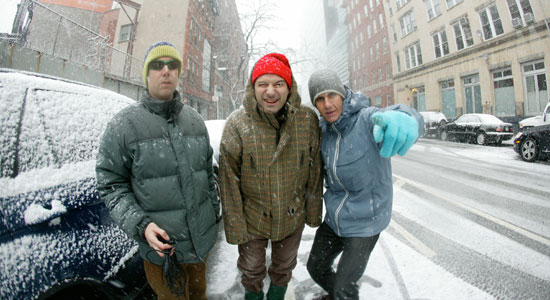 Beastie Boys have finally announced the May 3 release of eighth studio album Hot Sauce Committee Part Two via Capitol Records … On April 26, iTunes will release advance tracks from the new They Might Be Giants LP, Join Us. The full album will be available later this year via Idlewild/Rounder Records, with the band embarking on its first international tour in more than a decade this fall … Biophilia is Björk’s new music and multimedia project, which will be featured during her three-week, six-show residency at the Manchester International Festival this summer … John Zorn will host a benefit concert for Japan on March 27 in New York City, with 100 percent of the proceeds going directly to victims of the recent earthquake and tsunami. The show will feature Mike Patton, Sonic Youth, Yoko Ono, Sean Lennon and others … The Charlie Chesterman Benefit Party takes place April 9 in Des Moines, Iowa. The benefit will raise money to pay for treatments for the musician, who has colon cancer. Go here for more info … The original lineup of Big Audio Dynamite is officially back together and ready to hit the road for a tour across the U.K. as well as three U.S. performances … The SMiLE Sessions is a series of recordings by the Beach Boys between 1966 and 1967, and it will see the light of day for the first time later this year via Capitol/EMI.