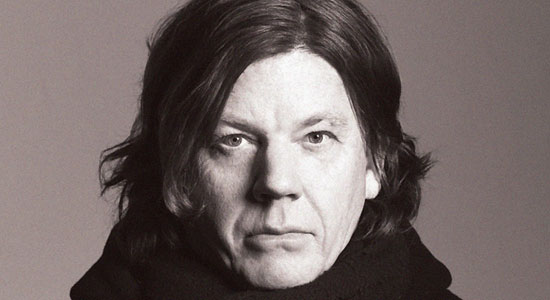 For almost 25 years, John Andrew Fredrick and a revolving cast of characters have been issuing records as the Black Watch. The California-based indie-rock institution is back with 11th album Led Zeppelin Five (Powertool), and it’s the first LP to feature the rock-solid lineup of Fredrick, guitarist Steven Schayer (ex-Chills), bassist Chris Rackford and drummer Rick Woodard. When Fredrick isn’t busy writing and recording songs, he’s teaching English at the University of California, so we thought he’d a be a natural choice to guest edit the MAGNET website. Fredrick, with some assistance from Schayer, will be doing exactly that all week. We recently caught up with Fredrick via email.

MAGNET: The Black Watch is often referred to as being a “college rock” band, which is what we called indie artists back in the ’80s. But for you guys it’s fitting, as you teach at the University of California. How have you been able to balance both careers? Do your students know you like to rock out?
Fredrick: I’d say I’ve been able to balance both careers, as some semesters, I only teach three or four hours a day, two days a week—which leaves me heaps of time for writing and recording and getting gigs. Plus, I have teaching college English down to an, er, science, ha ha ha. Plus they’re sorta symbiotic, the two careers, as I am, as a result of being surrounded by art and literature, constantly stimulated to think up new ideas for songs or, contrarily, plumb my artist-life and songwriting time to find new ways to look at literature and talk about it. The cooler students know I have a band, for sure. And, thankfully, there are college kids who are still into melodic indie guitar rock—OK, “college rock”—these days. They are invited to shows. I tell them it’s the only time they’re licensed to heckle me: They can’t do it in the classroom, but at a gig, all’s fair! I often tell them not to be intimidated by professors as most of them are just people who never left college, as it were.

You guys have been around now for about 25 years. What’s the secret to that kind of longevity, even when you have been the only constant member of the band?
The so-called secret to our longevity is that I think that every record we’ve put out is, to me, a failure of sorts and that I have to make another one in order to make up for the previous flunk. That’s an aesthete’s take, I realize, but it works. It’s weird but being an L.A. band—as the “industry” swirls around us here—has worked in our favor as it’s somehow, inexplicably, easy for us to ignore the ever-changing trends and crazes in the biz, in terms of sound and genre. I don’t know why. We keep going because we have to: I absolutely could not not have a band. There’s a real demon in me, and I dunno that he’ll/she’ll ever ever be exorcised. I am in love with songwriting, and each one that comes is a reaction against or answer to the one that’s preceded it. How artily arty, huh. I didn’t start TBW in order to become famous—thank fuck, yeah? We’re superfailures in that respect, ha ha! (Which is good, actually.) We’ve/I’ve simply desired to make things.

The Black Watch has had a number of lineup changes over the years. What has contributed to that, and do you think the current one is in it for the long haul?
The current lineup’s in it for the long haul as we are all such good friends, commited to the band and don’t have loads of other concerns going on! What’s contributed to having a sort of turnstile of members has been the milieu, Los Angeles itself, as opportunities for muscians arise and people have left for other, bigger bands or, as it’s tough here, they can’t justify playing music and have to work harder at making a living, having a life. No worries. Moreover, it’s my goddam band, and though I try to be a benevolent-as-possible tyrant, things really have had to go in tow with my vision of what the Black Watch is supposed to be. That’s easier now that I have three other people who have known me, my writing, for years and years—and whom as I said I am close to as can be. Especially Steven Schayer. He is just as particular as I am, and over the years, he has really influenced me, my tastes in music, even when he was quasi-retired from music all those years.

You guys broke up briefly in 1997. Was there ever any doubt you would continue at that point?
Well, we never really broke up. That all had to do with J’Anna Jacoby and I breaking up as a couple and her—very briefly, two months maybe—really questioning whether she could continue to be in a band with an ex. Oh, it was so so trying. Me, I was always up for it as she’s so talented, was such a great foil in terms of her guitaring, singing and, of course, violining. I mean, even after she got the Rod Stewart gig she was still in the band. But that was later. And then we split up again, even more painfully, after she’d been in the circus, so to speak, for a year or so.

Is there any frustration that the Black Watch isn’t more popular?
I’d be lying if I said we weren’t from time to time frustrated that we aren’t bigger. I think the thing that staves off feelings of angst about it most is that we keep really very busy recording and writing. There’s this monstrously determined creature lodging inside me though. Tim Boland, a great Irish guy who produced two albums (Tatterdemalion, The Hypnotizing Sea) and who played guitar in the band for two years always says I’ll get my proverbial due when I’m dead. Thanks, Tim: I’ll wait a bit longer for that, if I can, ha ha.

What makes you stop and think, “Wow, this makes me realize that all the blood, sweat and tears over the years have been totally worth it”?
Hearing ourselves on KCRW or getting reports we are being played. Getting guest editorships and nice reviews in magazines like MAGNET (honestly!) and The Big Takeover—both have been covering us for yonks. Fans coming up at away-game gigs and saying how they’ve followed us for years. Just total strangers. (One guy in NYC two years ago now—I dunno if this is good or sad—slipped me a hundred bucks, saying how he knew we were struggling always and that a couple of records had really touched him more than a hundie spot could say, ha ha.) Indie-rock fans are, you know, just the best. Most of them, that is. Another thing that keeps us inspirited is the people we work with—right now it’s Michele V., our publicist at Spacebaby, and Luann Williams, who used to do Pop Culture Press magazine, and the little labels we are on overseas. Every day there are emails from one or all of them—stuff they are doing for the band. We owe them loads. Scott Campbell, the guy who has produced five or six of our records—he’s amazing: he works in the other camp (with Glen Ballard, and on big-budget records like No Doubt and Shakira and Dave Matthews and all that jazz), but his heart’s in ours. Again, symbiotically, the fact that he makes good money in his day gig enables him to do stuff for us at not-major-label-budget prices. And, once more, it’s brilliant working with a) good friends, and b) people who are really super familiar with your work. David Steinhart—a tireless supporter—and his label Stonegarden.

Any plans to tour in the near or distant future?
Yes! We are dying to find a new booking agent. We are up for a couple of gigs with Swervedriver, whom we are major fans of. We’d love for someone to book us or a compatible band to take us out. Led Zeppelin Five we sincerely believe should be heard by more people than ever. And this lineup, live, is, in all modestly, something to behold: especially on nights when Steve and his Telecaster just go off.

Do you think the music industry of today is a better or worse climate for a band like yours to operate in compared to when you first started? Do you approach things differently now or have different goals or standards?
Hard to say. As I mentioned, we just don’t pay that much attention to the industry: too engrossed in making more music. Any time I expend pondering the imponderable (i.e., the state of the industry) is time spent away from my guitars.

Calling an album Led Zeppelin Five is a pretty ballsy move. What prompted you to name it that?
The title came about because we just started laughing like mad when I proposed it. I think it can be attributed to drink. Ha ha. Record clerks—the 27-some-odd who are left—just love it. We hoped we’d be sued, truth be told. But not really. We are thinking of calling the next LP (which is finished and even, in my humble opinion, even more satisfying that LZ5) The Grammy-Award Winning Record Of The Year or The Gospel According To John. Oh what sacrilege! What’s in a title, anyway? (Loads, actually.) New Order used to talk about how they’d name individual songs the most random things that had nothing to do with content/lyrics. LP titles—same game.

At this point, what bands to you consider to be your peers?
Our peers? Lilys (crazy for them). American Music Club (ditto). The Clean (good friend of ours, that Kilgour). The Sugarplastic (known ’em for years; wish Ben put out more music). The Rolling Stones. Kidding. Yo La Tengo (they just keep surprising us, don’t they?).

Are there any new artists that you are really excited about?
Well I like a few tracks by MGMT. The Pains Of Being Pure At Heart (but they are so MBV-lite and precocious that I can’t really endorse them). Darker My Love are more than just OK. The Furious Seasons. Sara Radle. Brad Laner’s solo stuff on Home Tapes, but he’s hardly “new.” Scanners (one or two tracks). Oh! The Sleepy Jackson, especially the Lovers record that is all George Harrison’d out. That’s quite a good one.

i am honored to see our magazine the big takeover mentioned in this piece, and glad to see magnet giving the black watch the profound respect their long, terrific catalog is due! hurrah!