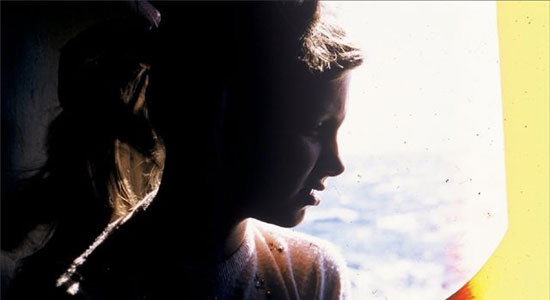 Wawerna: A couple years ago, I taught my mom how to text message. I thought this would be a nice, time-efficient way for us to keep in touch in between actually speaking on the phone. And most of the time, it is. But she does have a few curious quirks. About twice a week, I receive the same text message, usually in the evening between 8 and 10 p.m.:
“Beth where are you”

Note the lack of punctuation and the implied sense of panic that comes with using my first name in such a way. Typically, I have spoken with her a few days prior, meaning she has no cause to think that I have run away or been taken.

I make a point to craft my responses to be as comically innocuous and irritating as possible:
“On the couch eating pickles and watching Bones. You?”
“In the bathroom drinking whiskey out of a thermos. You?”
“At the deli buying Tums and Turkey Jerky. You?”

Unfortunately she doesn’t find humor in my being a wiseass, and the conversation often ends there.

But where my mom really shines is her knack for unintentionally hilarious text messages on topics relating to popular music and culture. A little background: My mom and I don’t really see eye to eye when it comes to music. At every single family gathering since 1993, she has tried to instigate an argument with my brother and me by randomly blurting out this exact statement: “The Beatles ruined rock ‘n’ roll, you know!!” She will do this anywhere, at any time: during a nice family dinner, on Christmas morning, at someone’s birthday party, in her sleep, etc.

She is an Elvis fan, you see. And in her world, there is not room for both. But more than that, I think she just likes to get a rise out of us. This also explains why, about once a month, I receive a text message out of the blue that says, “Do you like Keith Urban?” She has probably asked me this question a dozen times. And she most certainly knows the answer. She is simply trying to aggravate me. Sometimes I ignore it. And sometimes I just write, “No,” which immediately begs the follow-up, “What about Travis Tritt?”

And she’s right. What about Travis Tritt? It is something we should all consider.

But at any rate, I thought I would use this as a forum to share some of my most beloved texts from my mother, who never ceases to crack me the fuck up. If you follow me on Twitter (@birdofyouth), you might already be familiar with some of these, but I feel they take on an added distinction when presented in their totality. I hope you enjoy.

A conversation:
Mom: Did u know the actress in the shark attack movie is Jack Nicholson’s daughter?
Me: I didn’t know that.
Mom: Oh hell. I think Scottie messed up. [We have now established that she is watching American Idol]
Me: What did he do?
Mom: A dumb song. Should have done George Strait or Brooks & Dunn. [My mother, firmly asserting herself Jimmy Iovine’s natural successor.]
(5 minutes go by)
Mom: Did u see the banner “Grandmas For Scottie”? I’m with them!

I’ve also compiled a greatest-hits collection of some of her best one-offs:
• Do you have a fondue pot?
• Don’t forget to watch Castle. U will like it. It has brains.
• Who is Annie Lennox?
• What do you think of the whole birther thing?
• Pippa was outstanding
• There is a friking [sic] big black bug in my kitchen. Shit.
• Did Beyonce win American Idol?
• Lauren safe. Gaga performing unclothed. Ugh. Steven Tyler next. Who is Enrico E?
• Shall I watch Black Swan?
• Ann and I just listened to ur CD. She said I should be very proud of you. Which I am. I love you.

I love you too, Mom. Never change.