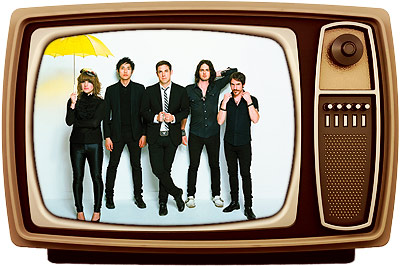 Last Call With Carson Daly (NBC): Fitz And The Tantrums
Rerun from May 25. The Cali soul singers supported recent LP Pickin’ Up The Pieces.

Lopez Tonight (TBS): …And You Will Know Us By The Trail Of Dead
Trail Of Dead is promoting new album Tao Of The Dead.