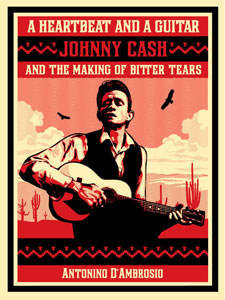 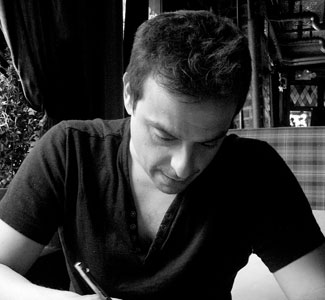 Mills: Sitting across a table from Antonino D’Ambrosio a few weeks ago, the author of the entertaining and eye-opening A Heartbeat And A Guitar: Johnny Cash And The Making Of Bitter Tears, introduced me to one of my favorite new terms: creative response. It’s the act of taking on the complex morass of political and social issues through art, music and creative protest. It’s a concept D’Ambrosio feels deeply about and examines with a keen eye in his new book, through the lens of Johnny Cash’s 1964 concept album about the plight of the Native American, Bitter Tears.

A Heartbeat And A Guitar is actually three books in one: a compelling look at Cash as he travels through one of the darkest and most complicated periods of his career; an examination of the birth of the Native American political movement; and an oral history of the New York folk scene in the ’60s and one of its lost heroes, Peter La Farge. Though La Farge wrote “The Ballad Of Ira Hayes” (the seminal take on the Native American’s betrayal by the U.S. government and society at large), he is mostly forgotten now. But his heartbreaking story crosses paths with almost every folk great of the ’60s: Pete Seeger, Arlo Guthrie, Ed McCurdy, Buffy St. Marie, Odetta, Dylan and, ultimately, Cash himself (who always saw himself as a folk singer). La Farge wrote many of the songs that appear on Bitter Tears and was one of the few champions of the Native American cause in the ’60s folk explosion.

D’Ambrosio’s book also shines a light on an essential aspect of Cash as an artist: how hard he was willing to fight in order to draw attention to the plight of the downtrodden and those left behind by the engine of American progress. When Cash realized that radio stations weren’t playing his “Ballad Of Ira Hayes” because they deemed it too controversial, he constantly harassed his label about trying to bury the record. He took out full-page ads in Billboard shaming DJs for their cowardice in censoring the song and eventually bought 2,000 copies of the single himself and mailed it with the ad to stations he knew were trying to keep him from being heard.

The Bitter Tears album itself is a strange listen, part spoken-word part folk record and probably the strongest of Cash’s early concept albums. (Cash was a pioneer of the genre, recording several off-beat concept records, including one inspired by the “majesty of the Grand Canyon.”) In examining the myriad events and chance encounters that culminated in Cash and La Farge’s creative response to the plight of the Native American, A Heartbeat And A Guitar gives us a fascinating glimpse at an overlooked voice, a champion of the forgotten and a movement that continues to struggle today.