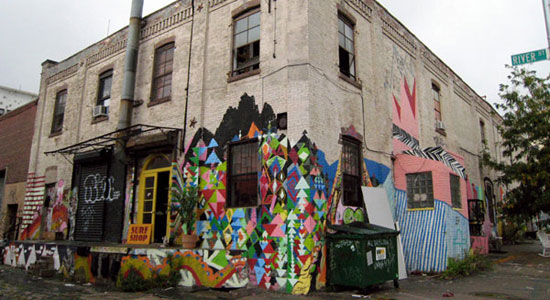 Millions: Now that this building/collective is about to come to an end—in a few months the space will revert back to the landlord and probably get torn down and turned into a Whole Foods—we can look back at this amazing space and collection of people at a slight remove. Being there has always been coupled with an awareness of the rarity and uniqueness of the situation. With all the warts, it’s the closest I’ll likely ever come to being part of a utopian community. We all did it without outside support aside from our community of friends and colleagues. It was and is an incredible experiment that I think will likely be remembered and cherished. But that was never the point anyway.