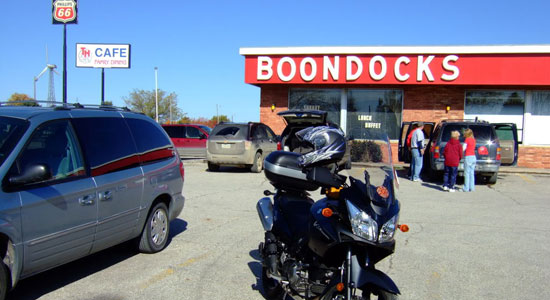 Buckner: Boondocks USA is a place to pull over when driving through Iowa. All I’ve used of it is a gas station and a motel/lounge. There is an actual town called Williams around there, but I haven’t seen it. Or maybe I was in it and didn’t realize it. The rooms at the motel are cheap, simple affairs. At each end of the single, long common hallway are two doors. One leads to the outside world. The other leads to a small lounge where, last time I was there, the drinkers were gulping down things they called “slushies” and watching a show on circus mishaps. Also that night, a trucker, a woman somewhere between 35 and 60 years old, recited the rules of the road, then tried to get my travelling partner to leave the lounge and go back to her truck-bunker/sleeper-cab. I encouraged him, but he didn’t follow through.