In commercial terms, Ivy is but a footnote in the career of bassist Adam Schlesinger, who between his duties in Fountains Of Wayne and his work as a prolific songwriter for hire has made far greater claims on the public’s attention. But in a world where diffident cool trumped sugary snark, the trio of Schlesinger, Andy Chase and singer Dominique Durand would have reaped richly deserved rewards. All Hours (Nettwerk), Ivy’s sixth album and its first since 2005, continues the electronic excursions of In The Clear while maintaining the ironclad melodies that anchor early shoulda-been hits like “This Is The Day.” Durand and Chase, who are married with children, will be guest editing magnetmagazine.com all week. Read our brand new Q&A with them. 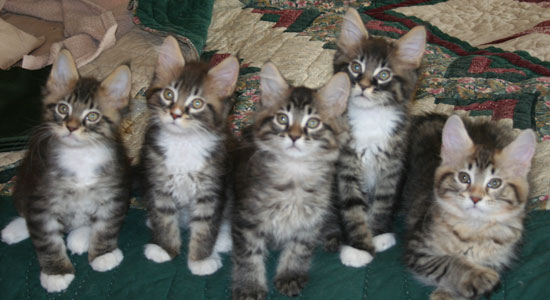 Chase: To me, cats used to be just deplorable, boring animals. I grew up having a pet squirrel, a ferret named Sukie and 22 snakes in cages down in my basement. In fact, the only thing I thought cats were good for was as potential food for my boa constrictor—which I never acted on because our family cat was actually my brother’s, so I would have been grounded for probably most of my high-school years. When she was three years old, my daughter started talking about wanting a cat for her birthday. I rolled my eyes and figured like all bad things, this would pass. But every year on her birthday, she would say, “Daddy, I didn’t forget. I still want a cat for my birthday.” The only cat she ever knew was named Ice-Cream Head and belonged to my bandmate Adam. It was a schizoid, ornery little thing that would hiss at you for looking at her the wrong way, and if you got too close, she’d scratch you right down to the bone. Like a “stitches” kind of scratch. And yet my daughter loved Ice-Cream Head. When I finally realized the inevitable, I started doing some research on cats, and the one that jumped out at me was the only one that looked basically like a mountain lion, or the wild raccoon I once caught as a kid and kept as a pet for a while. These cats are called Maine Coons, and they totally kick ass. Their nickname is “the gentle giant” because they’re the largest breed in the world and the most sweet-natured. I ended up buying two of them, and gentle is quite the understatement. I once witnessed my three-year-old son doing an ultimate wrestling technique on one of the cats, pinning her down with his knee and then grabbing the tail and spinning her around with the animal hovering in sheer terror about a foot off the ground. I don’t think these cats even know that they have teeth and claws with which to defend themselves. They’re just like a feline Gandhi with a lot of crazy fur. They meow constantly to be pet and will flop down in front of you to block your path as you’re walking, looking up and meowing at you until you sit down and give them some love. I still haven’t heard a hiss or a snarl or seen their claws come out. I still prefer snakes and stranger creatures, but I’m in love with my two cats.

Awww, couldn’t agree more. I’ve had my Maine Coon for 19+ years and she’s been the love of my life!

If my son did that to my cat, I’d strangle the bastard with his own entrails.