Andy Shernoff was always the main creative force behind one of New York’s best bands ever, the Dictators. He wrote the material and sang the leads. In the royal line of succession for NYC bands in the ’70s, they came along right after the birth of the New York Dolls. Every bit as raw, noisy and in-your-face as the Dolls, there was one thing the Dictators didn’t share with David Johansen and Co.: their sense of fashion. Rather than climb on the glam bandwagon, the Dictators dressed in leather jackets, jeans and T-shirts and paved the way for the punk revolution of 1977. Shernoff is doing the solo thing these days, with a new single called “Are You Ready To Rapture?” He’ll also be guest editing magnetmagazine.com all week. Read our brand new Q&A with him. 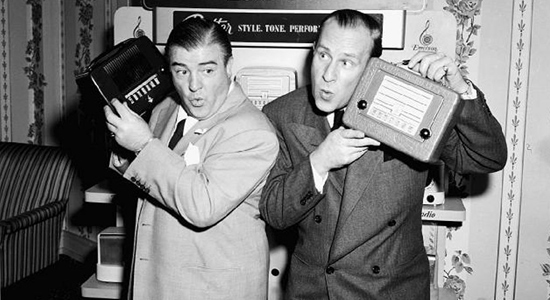 Shernoff: Famous for the greatest comedy routine of all time (“Who’s On First?”) Abbot and Costello started in burlesque, graduated to radio and then movie superstardom in the ’40s and ’50s. Their movies were crap, but their pioneering TV show was pure genius: short skits hanging on the skimpiest of plots, featuring an amazing set of eccentric-leaning characters like “Stinky,” TV’s first gay person. It’s the original show about nothing and a major influence on Larry David, who has referenced it numerous times on Seinfeld and Curb Your Enthusiasm.