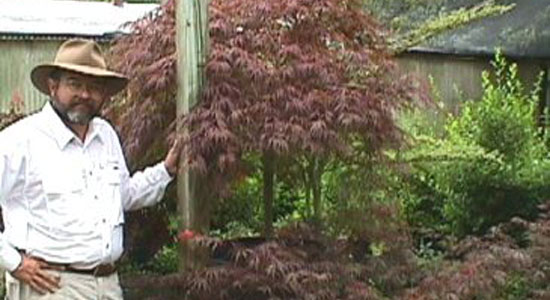 Maas: This is a magical place where I was fortunate enough to be raised. It’s a 14-acre nursery in Seabrook, Texas. If my dad was born in the 15th century, he would have been a merchant traveling around the world trading spices and creating a small empire. My parents’ nursery in Seabrook is not just another garden center. Ancient pottery, arrowheads, antique swords and paintings make their business stand out amongst all the other nurseries in Texas or anywhere else. They made their business a destination for anyone living in Texas, and they did it through hard work and innovation. Capybaras, wallabies, ostriches, emus, axis deer, Vietnamese potbelly pigs, tortoises, African crowned cranes, peacocks, monitor lizards, ferrets, pygmy goats, mastiffs, longhorns, chickens and even a lemur have lived at the nursery at one point. If you ever go to Houston, you need to go this place. If you like bamboo and all things cool, this is your place.