The great Fountains Of Wayne just issued their fifth album in a career that dates back 15 years. Sky Full Of Holes (Yep Roc) was recorded by the band—vocalist/guitarist Chris Collingwood, multi-instrumentalist Adam Schlesinger, guitarist Jody Porter and drummer Brian Young—in New York City at the studio Schlesinger co-owns, and it may be the quartet’s best effort to date. Fountains Of Wayne is currently on tour, but Collingwood and Schlesinger will also be guest editing magnetmagazine.com all week. Read our brand new Q&A with the dynamic duo. 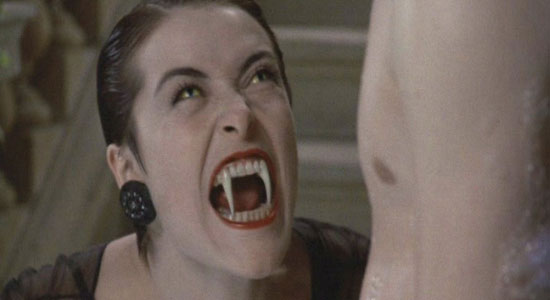 Collingwood: The Lair Of The White Worm is a vampire movie I first saw when I was in college, and why it never became a massive cult hit is beyond me. Part horror story, part comedy, part love story and part slapstick, it’s so over the top in every imaginable way that it’s hard to describe. Based on the last book by Bram Stoker, who apparently was suffering from dementia as he tried to finish it, the movie features Amanda Donohoe as the earthly servant of a snake god who lives in the caverns of D’Ampton; a then-unknown Hugh Grant plays the local noble who does battle with the beast. A topless saber-toothed seductress, a giant white serpent in a flaming pit, damsels in distress and too many plot twists to count—I know the movie word for word, and it’s aged incredibly well.