When singer/songwriter Rachael Yamagata was growing up, she went to all-girls school that she says warped her into the relationship-obsessed woman she’s become, at least in the lyrics of her songs. She began singing with a funk-crazed dance band called Bumpus while she was in college studying theater. While touring and recording with Bumpus, she was also writing confessional, deeply emotional songs that didn’t fit the band’s format. Happenstance, her first solo album, was a folk/pop charmer. Her tunes have appeared on The O.C., The L Word, Grey’s Anatomy and Alias, and Ray LaMontagne, Ryan Adams and Conor Oberst all expressed admiration for her vocal style. Having just issued Chesapeake (Frankenfish), Yamagata will be guest editing magnetmagazine.com all week. Read our brand new Q&A with her. 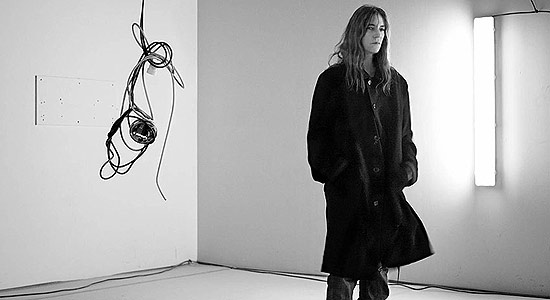 Yamagata: When I first started writing songs, it was all about the lyric for me. I just wanted to express myself in layers with some attempt at being poetic because it allowed me to hint at emotional complexities without having to break them down in some clinical way. Once I began playing in a band, it became about the onstage chemistry and feeding off of the crowd, the perfectly transitioned set list that could navigate the energy of the room and so forth. I lived on canned ravioli and pretzel bits that I bought from the gas station for years and was perfectly comfortable with waiting tables and rehearsing at odd hours of the night just to be able to put on a show. I was never poor, but I did pay many dues and still my unfailing desire was to get onstage and keep writing songs.

Patti Smith’s book of her journey through NYC life and her art—poetry, sketching, prose, installations, etc—not only reminded me of a true artist’s journey, but it literally kicked my ass. For me, it told an honest recount of friendship, love, passion for her work, courage to face mistakes, fear expressed on a platter, struggles and triumphs faced and in color. It kicked my ass because it reminded me in a master class way of the importance of the work and over the years it has been too easy for me to get lost in the details of business and survival. My trials have been next to nothing compared to hers, and yet she shouldered on for the sake of her work. She lives it in everything she does. Her writing is stunning, and the sentences are these individual treasures.

I am no book critic, nor Patti Smith obsessed fan, but I was incredibly moved by this book. The history of music weaved into the chapters, of course, are amazing and spoken in real time. I think I got six copies for last Christmas and only made the time to read it a few weeks ago. I’ve met her once and shared the stage with her twice now, and after reading this know that I blew that brief interaction. If I had had any idea of all she really stands for in life and art, I wouldn’t have dared even say hello, but rather admired from afar. That, or never let her out of my sight before she agreed to answer one billion questions.