Lloyd Cole first made a name for himself in 1984 with the Commotions, the British band he founded in Scotland before relocating to New York City four years later. Since, he has released records both as a solo artist and with the Negatives. Now based in western Massachusetts, Cole recently formed the Small Ensemble. The trio is joined by the likes of Fred Maher, Joan Wasser and Kendall Meade for new album Broken Record (Tapete), Cole’s first “rock” LP in almost a decade. Cole will also be guest editing magnetmagazine.com all week. Read our new Q&A with him. Says Cole as an introduction/disclaimer for his guest-editing posts, “I am 50 years old. More than twice the age I was when I began making music. I have developed opinions, certainly, and these opinions have evolved, but I can only speak for myself. I am still astonished by music. I am still perplexed by it. I am still moved by it. I am still revulsed by it. And I am more and more confused by how others make use of music in their lives. Music seems to be everywhere. Here are some of my thoughts on it.” 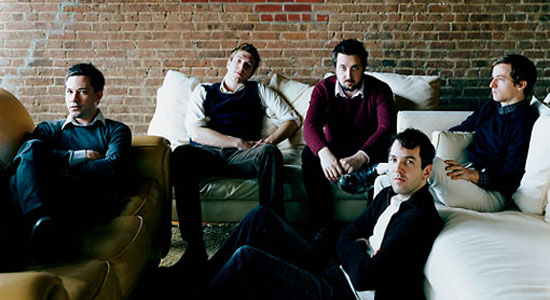 Cole: I do not hate all music, but I give up on rock ‘n’ roll every couple of years. More often if I watch Saturday Night Live.

I had pretty much given up when my wife began playing Bows And Arrows in 2005 or so.

The Walkmen are fantastic: passionate, studied, intricate, untidy and loud (even when quiet, it seems). Perverse and perplexing—quite a few of their songs hold back the hook for so long that I stopped listening only to discover it years later. Dylan talked about a wild mercury music. The Walkmen actually make that sound.

Sometimes I think that they desperately need a producer (me), then other times I think that their obvious belief in their unique shtick is integral to said shtick, so I guess leave well alone, accept that there will be a couple awful miscalculations (to my ears) and misfires per album and just rejoice in the rest. It’s more than enough.