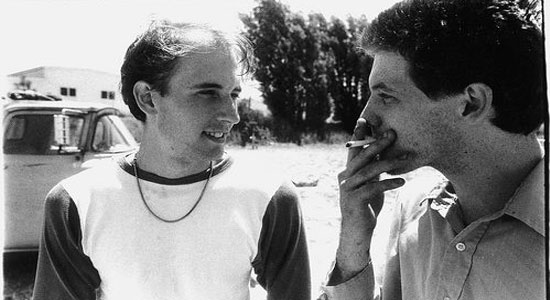 Prophet: Flipper’s Will Shatter was apparently from the nearby rural enclave of Gilroy, the Garlic Capital of the World. Hence the Housecoat Project song “Just A Guy From Gilroy” about a lovable guy who would sell his mother to get some dope to sell to get some drugs and thinks he’s one of the Rolling Stones.

Will died of self-inflicted causes on Dec. 9, 1987. I found this old picture of Lil Mike holding a newspaper that reads, “The Last Days of Will Shatter.” I asked him what he remembers about that day.

Here’s Mike: “I actually learned of Will’s death earlier via the doper grapevine before the article, but remember being surprised it warranted a front page headline in S.F.’s Sunday paper. I used to answer Flipper’s fan mail at Subterranean Records and Will would stroll in some mornings, and offer me a Bartles & James wine cooler, which I would politely decline. He was less interested in cheering up the misfit kids from Poland and Iowa that would write in, than potentially procuring a few royalty advances from label honcho Steve Tupper. I recall he’d occasionally discreetly pilfer some records from the bins up front of the store on his way out, and Steve would just shrug. That was nothing I suppose compared to band mate Bruce Loose, who got caught breaking into the label through the ceiling one morning while stealing the band’s 16-track studio master tapes to sell to Rick Rubin.”

They say Leonard Cohen was there at the On Broadway for Will’s memorial service and read a poem.

Photo after the jump. 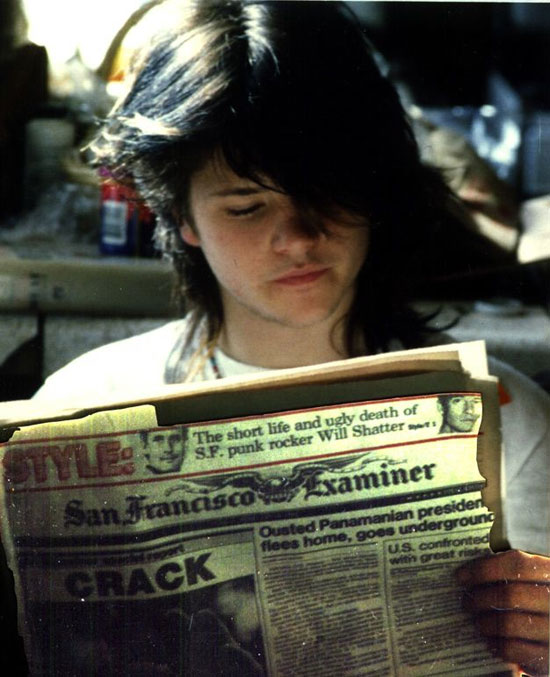 2 replies on “From The Desk Of Chuck Prophet: Flipper And Subterranean Records”

I like this article because I like to learn about the history of punk through the eyes of true fans like Chuck Prophet and Lil Mike. It makes me sad to hear that drugs took the lives of so many musicians. As a recovering martyr, had I been in his life I would have tried in vain to help him, talk to his mother, invite him to church.

Changing the subject, Lil Mike, you’ve had some cool experiences. I had pictured you as about 20 years old and African American for some reason.

I am working on a book about Will Shatter. I’ve talked to a few of his friends and his ex-wife Jeri. The more I find out, the more there is to discover and uncover. Wine coolers? Hmm, never woulda thought that, for one thing.