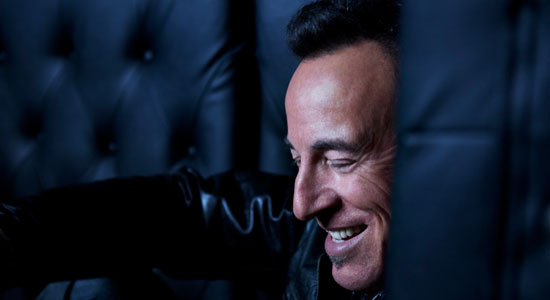 MAGNET’s Mitch Myers files a round of notes from SXSW.

It’s day six in Austin, and synergy at SXSW is off the scale as the film, music and interactive conferences are blending into one immense industry party. Jay-Z’s exclusive gig at Austin City Limits is just another memory, and SXSW attendees are already looking for the next big surprise gig. The hottest rumor is now focusing on Bruce Springsteen, who will be giving the music fest’s keynote address on Thursday.

Springsteen’s publicity machine is in high gear, as the Jersey rocker has been ubiquitous, appearing at the Grammys, pushing new album Wrecking Ball and touring with the E Street Band. It’s already been confirmed that the Boss and his band had a private rehearsal in Asbury Park and a surprise show in Austin is in the works.

What has the Bruce fans (and everyone else) all a-twitter about his keynote speech is the possibility of yet another announcement: that Springsteen and the E Street Band are preparing to perform a version of 1961 musical film The Music Man, with Springsteen reprising the role of Harold Hill, Patty Sciafa playing Marian the librarian and Little Steven as Hill’s sidekick, Marcellus Washburn.

Based on the 1957 Broadway musical of the same name, this classic American music fable seems made to order for the Boss, and people are getting excited. “It’s Bruce’s way of helping to bring the country back together,” says one longtime fan.

While prospects of Springsteen embodying this slice of weird old Americana are enticing—singing songs like “Ya Got Trouble (Right Here In River City)” and the epic “76 Trombones”—it’s the special-guest component that’s made to order here in Austin. State favorites like the Dixie Chicks would be well cast to sing “Pick-A-Little, Talk-A-Little,” and Springsteen’s old No Nukes buddies Crosby Stills And Nash, along with Jackson Browne, could take on the Barbershop Quartet duties singing “Goodnight Ladies.” Springsteen’s touring pal Alejandro Escovedo has his entire Austin orchestra available, and actor Jack Black, who’s in town pushing new movie Bernie, may make a cameo as Mayor George Shinn. One Springsteen insider insists that “the whole idea came from Bruce really wanting to hear Little Steven sing ‘Shipoopi,’ and it just grew from there.”

There’s even a possibility of the event being filmed, and Little Steven’s Underground Garage would be likely to simulcast the show on Sirius Radio. It’s unclear whether the Boss will be changing the musical’s setting from River City to Jersey City, but there’s definitely a push to change the big finale to “76 Guitars.”