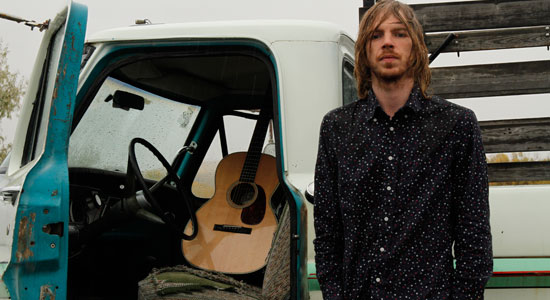 We’ve been trying to figure out what’s so compelling about the dirty, lo-fi folk of Luke Roberts. It’s not so much his songs, which are simple almost to the point of banality. It’s all in his voice. There’s a weary fragility to his vocals that instantly draws you in. Like Kurt Cobain, Roberts’ voice and music just sound too tired and sad to last long in this world. He also brings to mind winsome character Christopher McCandless from Into The Wild. And as a wayward son of Nashville who grew up riding the rails and hoboing around, Roberts fits this persona remarkably well. On “His Song,” his voice cracks from the pain of a lost soul looking for home. Damn, we hope he’s taking his Zoloft these days. The Iron Gates At Throop And Newport is out now via Thrill Jockey. Download “His Song” below.