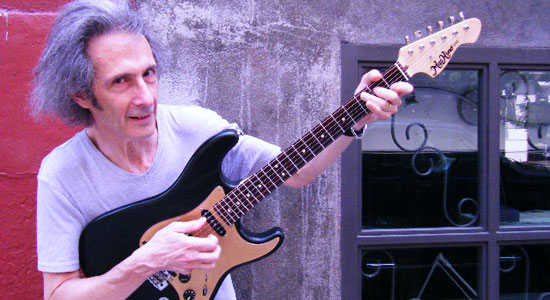 Kinney: Man, do I love
Lenny Kaye
free spirit
rock star
nugget
word-ly dervish
ghost dancer of
St. Marks Place
ever the open minded
music lover
goin’ out to listen to Tom Clark tonight …
He says to me
but I might be a little late
I’m gonna catch the Swedish Death Metal Fest
at Roseland earlier
He is everything I thought a hippie should be
living on the east side of Milwaukee
the haight as it were
in the late ’70s
you could walk down the street and hear
music from every window on a hot summer day
or the sounds of bed springs from attic windows
where some 17-year-old runaway
was fucking the guy from the bong shop
for all to hear
free music in the park
free spirits in the morning
whippets on the corner
from R Crumb
catalysts
but all that’s gone now
they all moved on to form dot coms
and virtual everything’s …
… But there he is …
Like a psychedelic superman
To save the day
Lenny Kaye
Still flying the freak flag high
but not the sit on the bar stool,
talk shit about how you saw jimi at berkely flag
the one that keeps drinking in the new
always learning
always writing
always loving
always dancing
forever young
forever young
The most beautiful soul I have ever known
this side of Ray
the open window
to the open mind
that line of sunlight that cuts through the morning shade
and beckons
rest ye not my young squire
it’s never to late…..
…and to my great delight
we have on occasion
shared a stage
The Tree House at 2 A
Banjo Jims
Shayni Raes Truckstop
The Nebraska Tribute
Bumbershoot
and it is always preferred
to improvise and
close your eyes …
Improvise
close your eyes …
Be still
and let the angels have their way
settle into a
a mantra progression
And just let Lenny speak
through this
stratocaster muse
and in dream
there I am
in the second row
of the riverside theater
1977
She’s wearing a nazz shirt
and I feel the horses
comin’ in
all around me
Man I love that Lenny Kaye
P.s. He does a killer version of Jesse’s Girl

2 replies on “From The Desk Of Kevn Kinney: Lenny Kaye”

Beautiful, and right on. You’re no slouch yourself, Kevn. (Or you either, TC.)