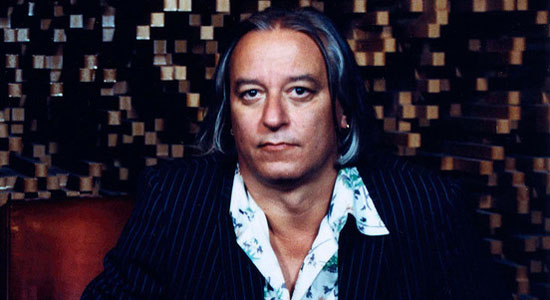 Kinney: Feeling gravity’s pull
south central rain
Driver 8
talk about the passion
on and on
Signature intros
bring in the audience
as defining as satisfaction
Record collector,
guitar hero,
keeper of the flame.
He’s probably mentored more bands
than most have seen,
produced them,
played with them,
drove the van for them,
road managed,
and settled the merch booth
not just then
but last week as well.
He’s never stopped
moving through
decades of music
Combining artists like recipes
he produced early drivin n’ cryin demos that included
honeysuckle blue and straight to hell
he wanted to produce the album but
Island didn’t recognize him as such
so instead
he created what has become
my career as a folk artist
producer and arranger of
MacDougal Blues
recorded at John Keanes
in Athens across the street from Peter’s house
Where I wrote a lot of the songs
and between legs of an REM arena tour
we toured in the van
just Peter Microwave and Me
staying at the most Bukowski hotels we could find
we almost got shot in Richmond
walking in on a drug deal
Greyhound buses going on strike
trying to run us off the road.
We retaliated by throwing slices of cold pizza at him
it’s harder than you think getting the right
trajectory at 70 miles an hour.
We decided one night to set up the entire hotel room
out the window
recreating it in the parking lot,
pictures and all.
In Hoboken I was introduced to
Nikki Sudden
who jumped in the van after the show
and spent the next year with us
in atlanta and Athens.
An absolutely wonderful man
but beyond what seems like this
rock and roll indulgence and hijinx
there was a
lot of reading
One of the most well read people I know
After soundcheck
he rarely leaves the club
settling backstage to read
or learn more songs
or put the set list together …
Last month he produced a series of live concerts
in Todos Santos, Baja California
four nights a week at the hotel California
to raise funds for the Palapa Society,
an education charity.
Steve Wynn and Scott McCaughy’s baseball project the first week,
Robyn Hitchcock the next
and America’s finest garage rockers, the Minus Five, ending the run
I sat in the last few nights as did Chuck Prophet …
And Peter played either bass mandolin or guitar
for three hours every night,
no breaks
And why do all these people gather round in a small Mexican town
to play not just a benefit show but a months worth?
Because we owe him …
And we are honored
to be in his debt
and … He still looks cool as shit!

11 replies on “From The Desk Of Kevn Kinney: Peter Buck”

Kevn,
I have a good video recording of you and Peter playing in Portland from a couple of years ago. Would be cool to share that with your readers. Is that a link we can post here?

Just want to say MacDougal Blues is hands down one of the best albums of all-time in my opinion. Still listen to it weekly! Not Afraid to Die, Heard the Laughter Ending, Chico and Maria, Hey Landlord, Tina’s Grocery – what an outstanding collection of brilliant songs. Thank you from my ears and my heart!

R.E.M. and Drivin n Cryin have been two of my favorite bands for a really long time.This music has been responsible for, in large part,making me the musician I am.So I feel indebted in much the same way as Kevn said about Peter Buck to especially these guys and a lot of other great artists.Thank you all.I dont know whaat I would do without. Music.Thanks for recording the soundtrack to my life!

What a wonderful tribute to a WONDERFUL man!

As someone who has spent a significant amount of time in Todos Santos over the last 20-plus years, the music fest that Peter put together is one of the biggest things to ever happen in our tiny town. And with the art and film festivals already well established there and lots of other cool stuff happening, that’s saying a lot. Two things I kept hearing from the locals, whether at Hotel California between sets or while bobbing in the ocean waiting for waves was: Can you believe this is happening in our pueblo, and who is that guy Kevn (a crowd favorite)? I became known as the “music guy” because I’d fill friends in on Drivin’ and Cryin’, Green on Red, et al. since how I saw a lot of these guys in the ’80s. Everyone also sensed that this could be the start of something significant in years to come and attract the right kind of people to the pueblo. Muchas gracias to Pedro and his crew for taking this on and raising dinero for a good cause. See ya there next year.

I saw Kevin, Peter, Scott, Mike McCready and Barrett Martin play a two-hour set a few days before Christmas back in the early 90’s at the Croc in Seattle. They played several cuts from Drivin ‘n Cryin’s “Wrapped in Sky” record….one of the all-time greats in my book. Great show. About 40-50 people in attendance. They closed with a rousing rendition of John Denver’s “Leavin’ on Jet Plane.” McCready got there a bit late, about two songs in. He grabbed his Strat, lit up a cigarette, laid down on his back on the tiny stage and just started playing. On one song, Barrett was playing some strange tribal looking drum and it broke when the bottom fell out of it. I can still see the show in my mind. Perhaps one of the greatest I’ve ever been to. And I’ve seen REM no fewer than 15 times.

A classy guy, writing about a classy guy……perfect.

I was fortunate enough to meet Pete backstage @ an R.E.M. show in Birmingham, AL, ’89 Green tour. I still have the autographed 87 Document tour shirt he signed. I also ended up @ his house (when he still lived in Athens) after a Bob Mould show @ the Georgia Theatre, summer ’90. Pete did Cinnamon Girl w/ Bob & his band. It was a late night & I’ll never forget how hospitable Pete was. I’ll also never forget listening to Mould’s still unreleased Black Sheets of Rain w/ Bob & Pete + many others. Pete’s review of the Replacements Let It Be in an ’84 rock magazine (David Lee Roth on the cover!!) really opened up the world of alt rock/college radio up for me. Pete knows his music, but he also knows how to write well about it.

Met Peter the first time I visited NYC in 1998. How lucky is that? Peter is the Dude.

Two years from now can fly by.. can you try for a MacDougal anniversary mini-tour? You should know why. Go catch the wind now, y’hear?