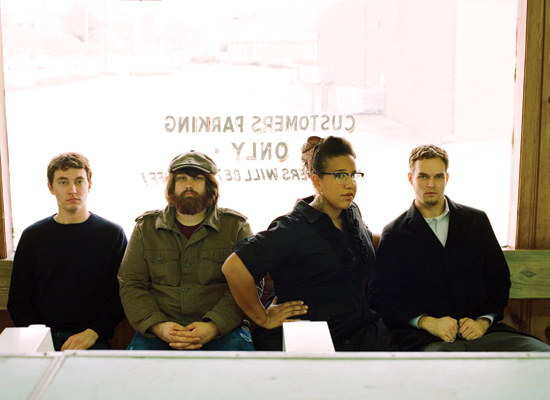 The hype is worth believing when it comes to Alabama Shakes

First, a little context: There is no day more sacred or more beloved in Nashville than Record Store Day, the annual event celebrating all-things vinyl. Everybody from the mayor to your neighbor gets in on the festivities, packing out the city’s platter-pushers to grab limited-edition releases and catch free shows, with some even going so far as to camp out the night before so they can make sure to get everything they want. From industry insiders to Average Joe music lovers, Music City makes Record Store Day into a high holy day, with throngs of bands and fans paying tribute to the folks that keep our turntables spinning. It’s kind of a big deal.

So, when a new band makes a big splash on Record Store Day, becomes the topic of mass texts and excited conversations amongst otherwise jaded folks typically preoccupied with keeping their beers full and arms crossed at the back of the crowd, you know you’ve found something special. The Alabama Shakes, from the North ’Bama town of Athens (just a hop, skip and a jump down the road from Muscle Shoals), are exactly that band. Their 20-minute show of barebones rock ‘n’ soul at the Groove was one of those “I’ve seen the future of rock ‘n’ roll and its name is … ” moments. Or at least—and our inbox will attest—that’s what people told us, incessantly, for weeks.

But the Shakes’ sudden rise—selling out shows nationally and internationally with only an EP to their name, their signing with the artist-friendly ATO label and appearing on Conan before debut album Boys & Girls even hits stores—is proof that our hyperbole-loving peers may just have been on to something. That their performance that afternoon would set off a chain of events that would propel them to such lofty heights is as much a surprise to them as it is to anybody.

“That show at the Groove, it turned out bigger than anyone thought it would,” says drummer Steve Johnson. “It was a great show—we got to play with Hacienda, they had the little taco bus out there, I bought some cool records, I had a great time—but it was just like any other show at the time. I didn’t really understand what the hype was about. We were basically playing in someone’s backyard.”

Fortunately, it was a backyard full of movers and shakers, as this is exactly the kind of band—a band with grit and integrity, a band with fire in its belly and enough soul to set the world ablaze—that the Botox-lipped landscape of pop music in 2012 so desperately needs. The Alabama Shakes are a band without artifice, a band whose appeal is not carefully calculated in some corporate backroom, but rather springs forth from the very essence of their being. The Shakes are the sort of band primed to make a big impact, and it’s not because some suits pulled their name out of some cost-benefit analysis spreadsheet, but because they are a band that makes music for real, honest-to-god music fans. Which is, frankly, the only thing that matters on Record Store Day.