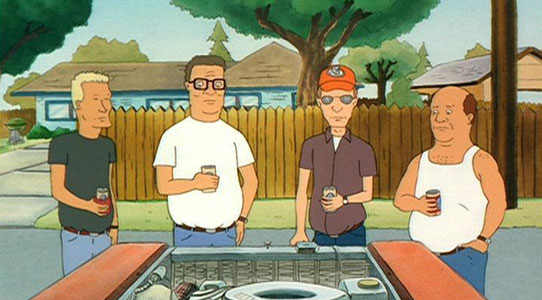 Toth: There is a Facebook group called Dudes Who Cry While Watching King Of The Hill, and I am a proud member of said group. After The Honeymooners, this is my favorite television show of all time. Satirical without being judgmental, poignant without being mushy and hilarious without resorting to cheap cartoon gags, Mike Judge’s King Of The Hill was brilliant right to the end of its 13-season run. Of course, the show no longer airs, and Fox has inexplicably quit releasing the series on DVD; guess they weren’t selling. If only they had made more jokes about felching and bulimia.