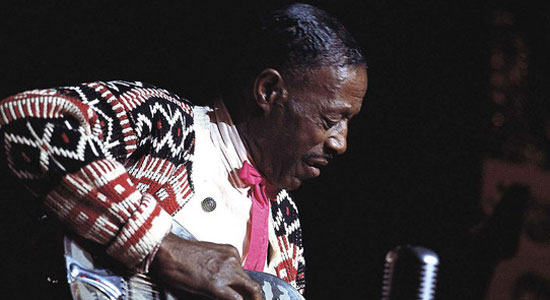 Toth: This is one of the finest books on the subject of blues I have read (and I have read many). Makes a great companion to Stephen Calt’s excellent book on Skip James, I’d Rather Be The Devil, though Daniel Beaumont‘s tone is far less defamatory (read: bitchy). The only real villain in Beaumont’s book is Alan Lomax, who is cast as an exploitative opportunist, but mostly, the book is heavy on facts and light on conjecture and gossip. Given what I previously knew of Son House from various accounts (such as Segrest and Hoffman’s Howlin’ Wolf biography, Moanin’ At Midnight), I was surprised and delighted to find that the man, who admittedly had his demons, was actually rather humble and benevolent, a direct contrast to some of his more caustic contemporaries. An indispensable book on a fascinating subject.

One reply on “From The Desk Of Wooden Wand: “Preachin’ The Blues: The Life And Times Of Son House” By Daniel Beaumont”

[…] a piece for Magnet earlier this year, you recommended Daniel Beaumont’s Preaching the Blues: The Life and Times of Son House. What […]