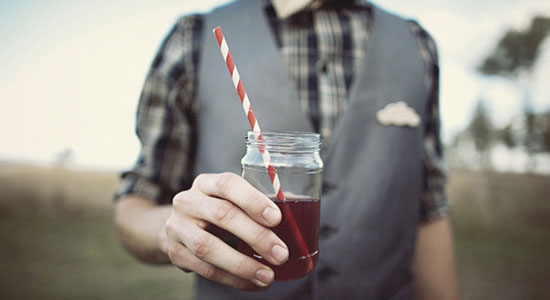 Graham: I’m going to be honest, we’re Scottish and we like a drink or two. We’ve been guilty in the past of drinking too much whilst on the road, but we were young and still learning about touring and generally being in a band. Andy likes vodka, Mark likes vodka (or a voddy, as he calls it), Dok likes whiskey, Johnny likes everything, and I like vodka, red wine and cider. We all like a drink that is frowned upon and blamed for a lot of crime in the Glasgow area. It’s called Buckfast Tonic Wine, and it’s made by monks in Devon but has become very popular in Scotland. It has 12 cans of Coke worth of caffeine in one bottle, and it’s like wine, Red Bull and cocaine all in one bottle. I enjoy the taste, but it’s not a classy drink. There’s thousands of videos on YouTube of NEDS (non-educated delinquents) downing or chugging a bottle down in one. A few drinks can help kick the nerves before a gig before going on.