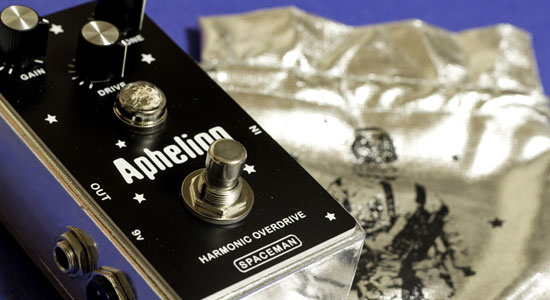 Holmström: In a world where everything is mass-produced and you can find anything on the internet, it’s nice to see a lot of little companies trying to make cool stuff. With effects pedals, I was always searching for new sounds. All the vintage stuff has associations to different players and songs, which drives the prices way up. A lot of the boutique companies are just cloning classic pedals, but some are expanding on those tried-and-true ideas and coming up with really amazing sounding toys for me. On the last record (Earth To The Dandy Warhols) we had Death By Audio make us a limited run of a pedal (“Mission Control”), and for This Machine we are working with Spaceman Effects to create “The Wow Signal.” Spaceman, by the way, makes the coolest pedals, using old stock NASA indicators and super cool design. His Gemini III pedal is my favorite fuzz pedal ever. Also check out Vintage FX, Locomofon from Norway, Koma Electronix from Germany and Blackstone Appliances.