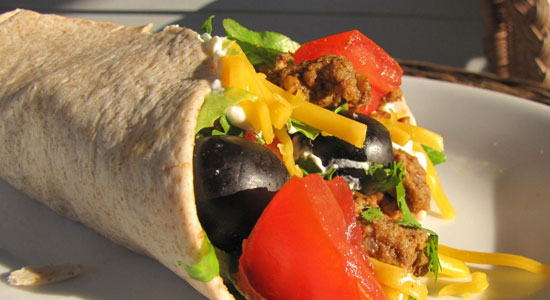 McCabe: The burrito and the margarita. Two things I love dearly, both with ambiguous histories. The more I looked into the origins of the burrito, the more I realized how ridiculous it was to try giving credit to one person or place for something so inevitable. I mean, most if not all cultures have some sort of flatbread with some sort of toppings right? Of course the burrito as we know and love it today developed over the years with history dating back to the late 1800s, starting in north Mexico (where wheat can grow) with simple ingredients like meat and beans. After crossing the border, layers of toppings like cheese, avocado, tomato, olives, etc., became popular, and today one of my favorite foods can now be enjoyed in far-reaching places such as Amsterdam, Denmark and even Australia.

Now, a burrito is great, but what really completes the experience for me is a margarita! This undeniably refreshing drink made of equal parts tequila, orange liqueur and lime served in a salted glass also has varied origins. There were two, though, that stuck out to me as being quite likely. One, the drink was named after Margarita Henkel (daughter of a German ambassador) in 1941 when bartender Don Carlos Orozco invented the drink for her in Hussong’s Cantina in Ensenada, Mexico. And two, it’s just a remade American drink, the daisy (margarita is Spanish for daisy), made with tequila instead of brandy, when during prohibition getting liqueur from across the border became a common way to get your drink on. No matter how these tasty treats came about, life would not be as good without them. Salud!