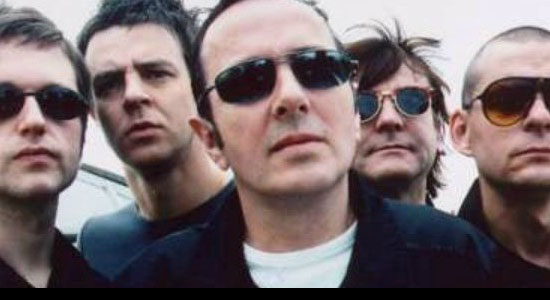 Hellcat Records is celebrating the life and career of the Clash’s Joe Strummer with Joe Strummer And The Mescaleros, The Hellcat Years, which came out on what would have been his 60th birthday, August 21. In addition to this release, the label will also reissue all three Mescaleros albums—Rock Art And The X-Ray Style, Global A Go-Go and Streetcore—on September 25 … Hands Of Glory is the companion piece to Andrew Bird’s sixth full-length, Break It Yourself, which came out in March. Mom + Pop Music will issue the record, featuring reinterpretations of songs from Break it Yourself as well as covers of classic country tunes, on October 30 … The Faint’s 2001 album Danse Macabre will be reissued by Saddle Creek on October 30. It contains six bonus tracks and an extensive booklet, along with a DVD of archival video footage, live projection videos from tour dates and more. The band will tour the U.S. extensively this fall … The fourth album from El Perro Del Mar, Pale Fire, is set for a November 13 release via the Control Group … A whopping 59 albums on 63 discs will comprise Johnny Cash: The Complete Columbia Album Collection, which is being hailed as the ultimate Johnny Cash boxed set. It’s due via Columbia/Legacy on October 30 … The 1967 feature film Magical Mystery Tour, starring the Beatles, has been restored for worldwide release on DVD and Blu-ray on October 8 via EMI. Plus, there will be a limited theatrical release of the movie starting September 27 … Vince Guaraldi Trio’s A Charlie Brown Christmas has been remastered and expanded by Fantasy Records, which will issue the album on October 9 … On November 13, Clinic’s seventh album, Free Reign, will be released … Eagle Rock Entertainment will issue a DVD of the Who’s 1975 Houston performance, The Who Live In Texas ’75, on October 9 … Parklive is the recording of Blur’s Hyde Park performance marking the close of the Olympic Games. It’s available now as a limited-edition CD, but in November, it will be released as a deluxe five-disc set including a DVD of the gig along with a recording from the band’s show at The 100 Club … Omnivore Recordings will issue Bert Jansch’s out-of-print Heartbreak on November 6 in honor of the record’s 30th anniversary … Glen Campbell And Jimmy Webb’s 1983 recordings in the Ontario studios of CHCH-TV will be released as the CD/DVD package In Session on September 25 via Fantasy Records.