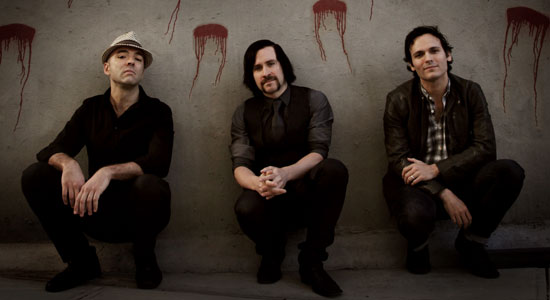 “The Past Is A Drug” has everything you want in alternative pop. It’s catchy, but it doesn’t sound artificially built for radio. It’s guitar driven, but there’s enough electronic to make it sound modern and fresh. Jason Brody’s voice is slightly reminiscent of Ben Gibbard, but he sings with a conviction and energy that make At Sea much livelier than Death Cab For Cutie. Check out At Sea’s latest album, A New Machine (CEN/RED), out September 25. We are proud to premiere “The Past Is A Drug” today on magnetmagazine.com.