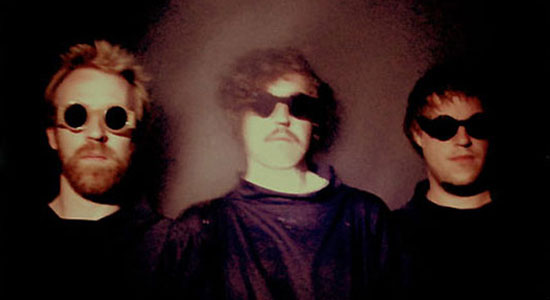 DeSimon: Al Doyle is one of the most talented musicians we’ve ever met. Hands down. Also one of the smartest. (The man can talk U.S. politics and the ins and outs of “false equivalency” like few Brits.) Oh, and he plays steel drums. Which, you’d expect to hate, but then he does it and you’re all, “Wow, those steel drums totally work. Who knew?” After years as part of other projects—Hot Chip, LCD Soundsystem—Al finally has his own band, New Build. Their first record, Yesterday Was Lived And Lost, is out now. We’ve been streaming it at work, and it’s great. Kind of a Before And After Science-era Eno vibe, with bits of new wave and dance references thrown in. They played NYC last month, and sadly, Al kept his shirt on, but the shows were fantastic.