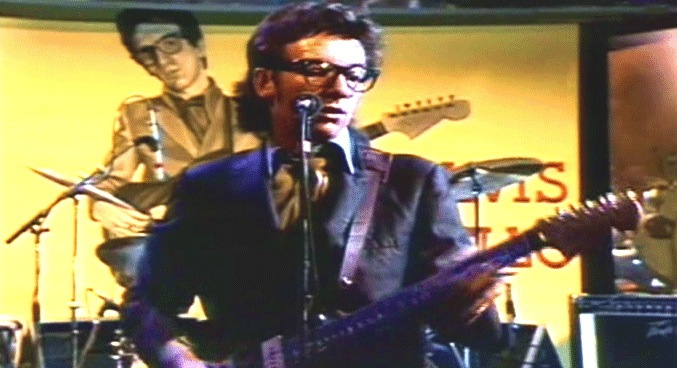 Santos: Everyone knows who Elvis Costello is, and how great and cool he is, and how good his band was. But the question is: Does everyone know just how good? Maybe they do, but it’s good to be reminded every now and then. During a recent YouTube excavation, I stumbled across this pristine footage of Elvis and his Attractions absolutely tearing things to shreds on a German TV show in 1978. The urgency with which everything is played, the unbridled energy, the raw fury, their disarming youth and presence—it’s all absolutely spellbinding. What a band! Bruce and Pete Thomas are one of rock’s greatest and most underrated rhythm sections, and Steve Nieve is one of those once-in-a-generation kind of players, arriving from out of nowhere with sensibilities so unique and finely tuned. This is what live music is all about! This is how bands wish they could control the stage! Is the word juggernaut overused when talking about live bands? I don’t care. This band is a juggernaut. This band is what that word means. And I haven’t even mentioned the quality of the songs. Oh, those songs!