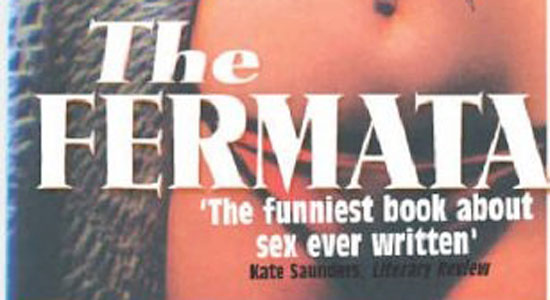 Jonny: I don’t know much about Nicholson Baker. He’s a writer, probably from New York … I don’t know. A friend gave me The Fermata after I complained that I had finished Georges Bataille‘s The Story Of The Eye and was left wanting more. I was looking for something similar to The Eye with a bit more humor, maybe. I started The Fermata and quickly found that I got so excited I could only read a few pages at a time before becoming so pumped that I couldn’t sit still. Every page is like a cup of coffee. When I’m not reading it, I’m thinking about it. I dream about it often, and one of my biggest fears in life is finishing the thing. I don’t think there’s anything I could recommend with more intensity. Not sure I should try and describe the book, because I’m not really good at that. But I’ll tell you this much: If you have sense of humor, a raging libido and an imagination, this book is the one for you.