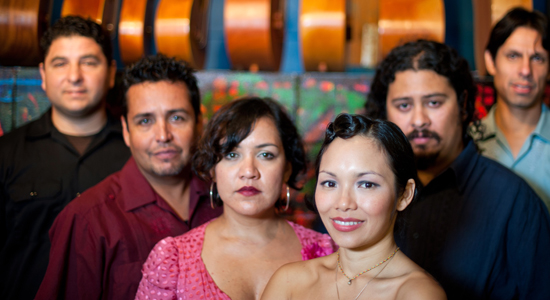 Parks: This group (named for Guatamala’s national bird) is torn from the heart of East L.A. I connect to them, and their beat, as I live just east of what’s East L. A. They cover Spanish to Spanglish (the latter, a lingo invented in the USA). It’s multi-cultural romance. ¡Realidad muy ritmico! Seductive, forgiving and replenishing us with what slips past our futile SoCal border-guard. Buy into this Latino sense-of-self or Yankee Dog, you die. Options: Live action, download or record shelf.