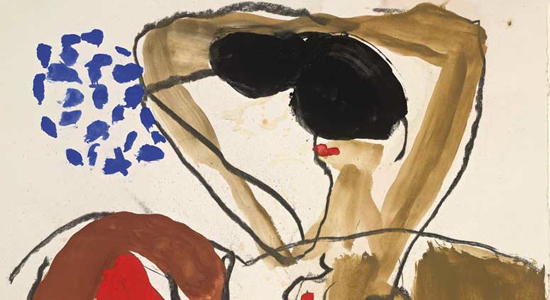 Blumberg: From October 1972 until his death in February 1975, Roger Hilton produced hundreds of works in gouache on paper. He suffered from peripheral neuritis, which made him lose his mobility. This made his studio, which he’d use to make his bigger oil paintings, inaccessible, and he was forced to work from his bed. He also had a skin disease, which caused him great discomfort and even made him have to paint with his right hand instead of his preferred left hand.

I love these images, and I find it very inspiring and encouraging to see someone using their restrictions in such a positive way.