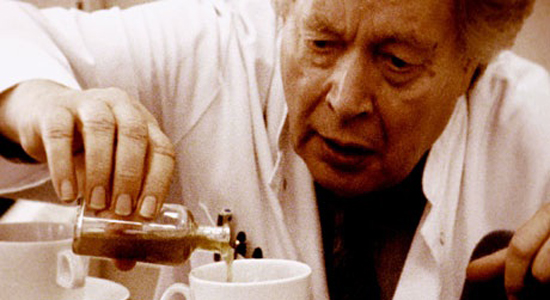 Blumberg: When I finished recording Unreal, I went to Cologne to stay on the set of the new Lars Von Trier film for a few months. My girlfriend was acting in it, so I just hung around at the hotel and on the set. I think I was the only one there who wasn’t working. I was just floating around and watching.

I’ve never really known much about the technicalities of filmmaking and have never been particularly interested in it. I like seeing the finished product but not really anything beyond that. Because I’ve made albums and been in studios, sometimes when I hear recordings or see live music, I see the engine behind it and it is distracting, so with other arts I enjoy being naïve about the process or the things going on behind the scenes.

I am aware, however, that feature films generally require lots of investment, and that there’s that whole side of it. The crew was apparently “small” in comparison to similar scale productions but there were still about 40 people carrying out this one man’s vision. I was interested in how someone like Lars Von Trier can navigate through that huge engine and yet still retain his spark of creativity and instinct that’s so apparent and consistent in his work.

I’ve worked with big record companies and bands where a lot of people are sticking their fingers in, and I’ve always found it frustrating and counterproductive, so it was really refreshing to witness a far more extreme version being so successfully managed.

The Dogme 95 manifesto has always fascinated me.

A few days before my girlfriend got called for the first audition, we’d coincidently just finished watching his TV series called The Kingdom. It was incredible and unique and along with Kieslowski’s Decalogue, the best television series I’ve ever seen.

The Wikipedia description: The series is set in the neurosurgical ward of Copenhagen’s Rigshospitalet, the city and country’s main hospital, nicknamed “Riget.” “Riget” means “the realm” or “the kingdom” The show follows a number of characters, both staff and patients, as they encounter bizarre phenomena, both human and supernatural. The show is notable for its wry humor, its muted sepia colour scheme, and the appearance of a chorus of dishwashers with Down Syndrome who discuss in intimate detail the strange occurrences in the hospital.