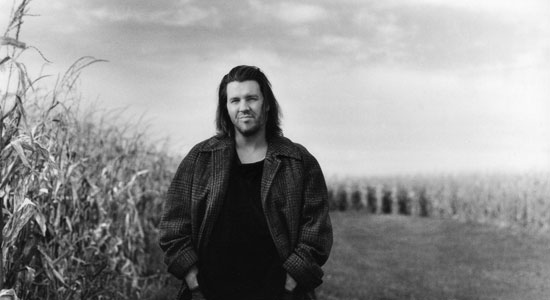 Segel: Camper Van Beethoven reads books. Yes, it’s true. In a typical day’s long drive between shows, you would find everybody in the van either working on their computer or reading a book. (Except the drummer, who would have his tongue hanging out and head out the window! Just kidding, Frank!) It’s funny when we rent a van from a band van-rental company and we have to have them take out the video-game crap. Honestly, do all you people play video games all the time.

What a waste of time, you could be reading a book! (And no, this isn’t cuz we’re old, we’ve always been this way.)

So, in writing this, I am realizing that most of the band reads non-fiction. Is that weird? David is a mathematician by training and now is teaching music business at the University of Georgia, so I can forgive him his Taleb or whomever (David’s into Chris Ruen’s Freeloading right now, apropos of this and other entries here, though he also claims to read Neal Stephenson’s novels), and Victor is an art director for Wired, so he’s gotta keep up on something (W.W. II history?), but even Greg and Frank seem to be into bios or history books. Huh.

Anyway, I read fiction. I love fiction. I love science fiction also, and I like a bunch of the new crop of England/Scotland writers, for example (Reynolds, Stross, Hamilton, Banks, etc.), but my real favorites are the modern writers who have some effortless magical realism to their fiction like Murakami, David Mitchell, Steve Erickson and, of course, David Foster Wallace.

DFW was about my age, a year older I think, and he wrote books that make me feel like nobody could ever write a book so perfectly as he could, and they certainly discourage me from ever trying. I’ve been an intense fan of DFW since a friend gave me Infinite Jest thinking I may dig it. Well, hell, he wrote that when he was in his 30s? And he killed himself in 2008 before The Pale King was even done. And it’s still the most amazing book I’ve read this year.

He left the manuscript as it stood in piles for his editor to make with what he could. It’s not really about something so much as that it takes place somewhere. It takes place in an IRS facility in about 1983, in Illinois. The characters are accountants. There is nothing exciting about the people, places or things involved in this book. And yet, in the bleakest, most boring of settings, DFW gleans a gripping book, perfectly written, perfectly constructed chapters (which may or may not follow one another), a level of detail that that find beauty in minutiae. His very sentences illustrate the beauty of language.