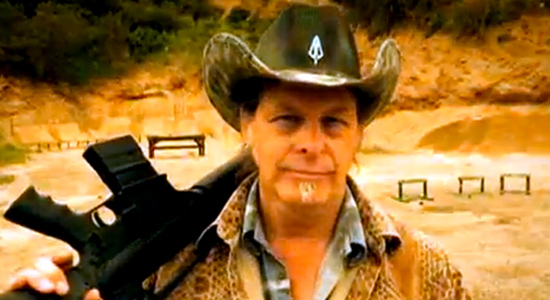 Cooley: When I meet other people my age and tell them what I do for a living (only after unsuccessfully avoiding it), after the usual what kind of music, name of the band questions, etc., things turn to my thoughts on the merits or lack of in today’s pop music. Sometimes I think they want me to reassure them that they are not just turning into old assholes. Saying the same things old assholes said about them and their music. In order to determine if you’re turning into an old asshole, you have to accept the fact that the rate at which a society progresses can be measured by the rate at which it’s old assholes die or accept their irrelevance. Since we can’t change your life expectancy let’s focus on relevance.

Why was your music all that anyway? If you’re thinking “because they played their own instruments” you may be becoming an old asshole.

Ted Nugent plays an instrument. What is he? You guessed it. I was even young enough once to think he had something meaningful to offer the world.

Basically every generation deserves a chance to get it wrong! And if you think the one coming up is going to get it any more wrong than yours did; congratulations!

Don’t be an old asshole.