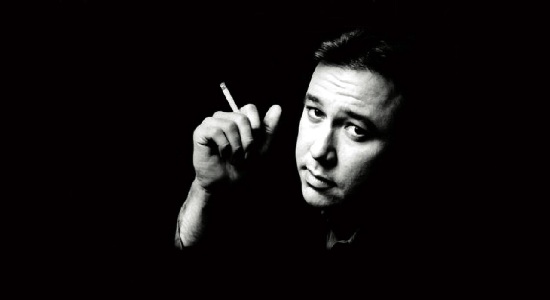 Cooley: In the late 1980s, I happened to see one of Bill Hicks‘ HBO stand-up specials. I was frozen in my tracks and blown away by this guy’s courage and how far ahead of the pack he was thinking. I was still in my 20s, so I still thought everything had the potential to be life changing. But now I’m in my late 40s and coming across Bill Hicks is the only one of those experiences that continues to shape my thoughts and the standard I set for myself. I can’t imagine being any more amazed by the best show Bruce Springsteen ever played or going back in time and seeing Jimi Hendrix at his best. People made out of that stuff don’t come around often. Artists who don’t just hope they can make you think, but grab you and shake you until you do. Bill talked a lot about the corporate influence on our culture and politics. How it amounted to a lowering of the standard. How eventually we would expect less and less until we were buried in a sea of useless crap. I’m not saying the guy was a prophet, but he wasn’t making wild guesses either. It’s been 20 years since the untimely death of Bill Hicks, and he is still raising my standards.